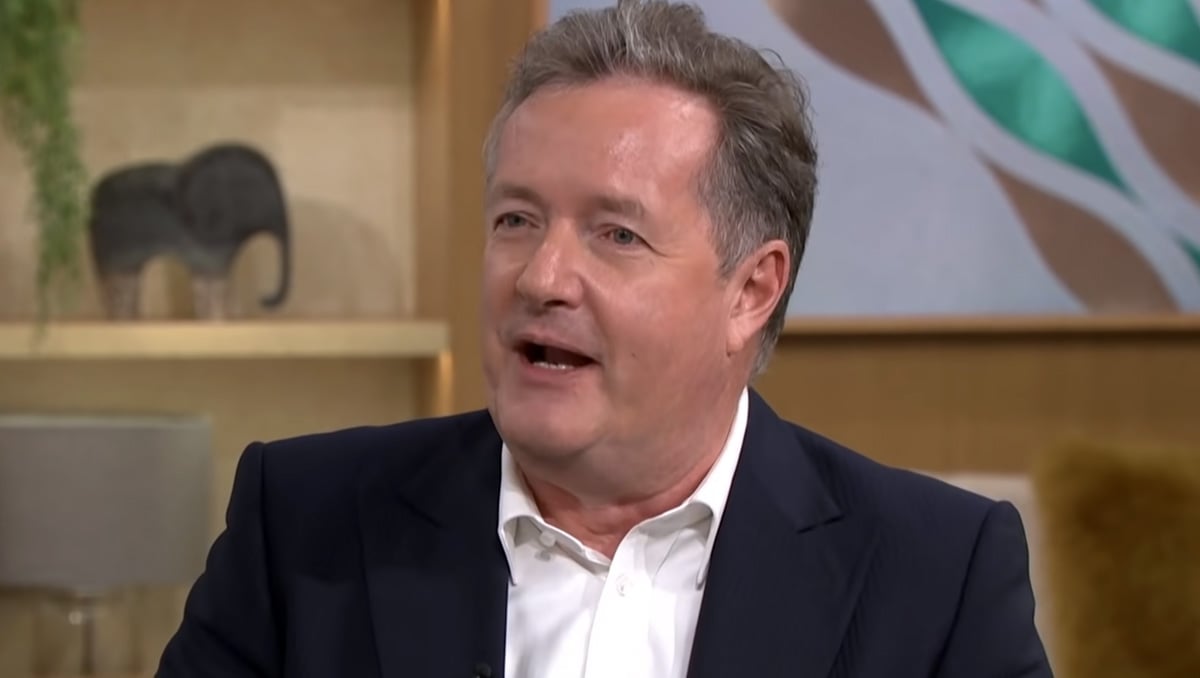 Piers Morgan took to Twitter to celebrate Arsenal’s 1-0 victory at Chelsea FC after Gabriel’s second-half goal fired the Gunners back to the top of the Premier League table.

After a goalless first half, Gabriel prodded home from Bukayo Saka’s corner in the 63rd minute to net the eventual winner for Mikel Arteta’s men.

Arsenal enjoyed the majority of the possession and had 14 shots as they claimed their 11th win of the season – a result which moved them two points clear of second-placed Manchester City once again.

Celebrity Arsenal fan and former Daily Mirror editor Morgan was at Stamford Bridge for the game and could not hide his delight after the final whistle.

The 57-year-old posted a video filmed from the stands on Twitter after the final whistle and wrote: “We. Are. Top. Of. The. League… Brilliant performance by Arsenal. Great day back at the Bridge… forgotten how much fun it is to win here.”

Despite Arsenal’s victory moving them back to the top of the Premier League table and ahead of defending champions Manchester City, Gunners boss Arteta insisted that his side have a long way to go, describing the win as simply “another step”.

Arsenal have a point more than they did at this stage of the 2003-04 season – when the Gunners went on to win the title without losing a single game – but Arteta is more than aware of the daunting task ahead of them if they are to continue to compete with City.

“We’re playing a top top team, a top manager, top class players,” said Arteta, speaking to Match of the Day. “The team showed maturity, composure and confidence and showed real character to impose ourselves on the pitch.

“It was really difficult to contend with the quality they have. But starting with the front three players, we put on a lot of pressure, it will give them more belief.

“It’s a really young team, but they played as a really mature team and it’s a big step against this opposition.

“What Manchester City are doing is what they’ve been doing for six years, they’re the best team in world, with the best coach in the world. We have taken another step against a really difficult opposition and to convince ourselves we can do it.”

Meanwhile, Blues boss Graham Potter had no complaints about the final result after watching his side slump to their second successive defeat in the Premier League.

“We played against a team in a really good moment, a confident team and you can see the points they have so credit to them,” Potter told BT Sport.

“The boys gave everything, it was huffing and puffing but missed that last bit. The goal was disappointing, but overall they deserved it. Arsenal are in a good moment and have been working together for a long time with a good understanding of what they want to do.”

Potter also paid tribute to Arteta for the work he has been doing at The Emirates this season, with the Gunners having only dropped four points in 13 games so far this term.

He added: “It’s an indication of where we are and what we need to do better. Mikel Arteta has done a good job, they are in a good place and we’re slightly different.”

Arsenal will return to Premier League action next weekend when they take on Wolves away from home on Saturday night. Before that, the Gunners will play Brighton and Hove Albion at home in the League Cup third round on Wednesday night.