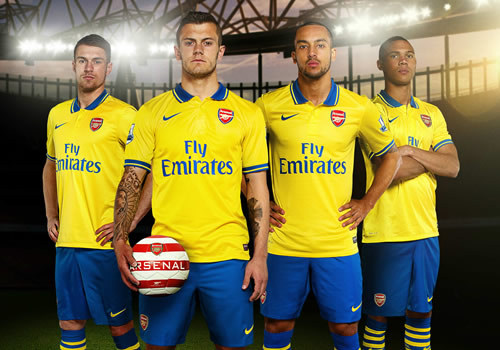 Theo Walcott has described resolving his long-term Arsenal future as one of the most stressful experiences of his life.

The 24-year-old spent the first half of the season fending questions over the possibility of a new Gunners deal with his contact running down before putting pen to paper on a three-year deal in January.

Walcott went on to score 21 goals in 43 appearances in all competitions, and the England international is hoping to push on and help Arsenal end their eight-year trophy drought this season.

“With all the pressure I had with the contract and all that side of things I was so happy with my form last season,” Walcott told the Daily Mirror.

“I blocked that out because for me it was just about playing football, working hard for the team. I always knew where I wanted to be.

“The three weeks before the contract was sorted out were the most stressful and the most pressure I’ve ever had to cope with. That was very difficult. I got through it. It was a big weight off my shoulders.

“It was so difficult but I always knew where I wanted to be. It’s all done and in the past and now I want to push on and help this club to where I believe we should be.

“I had my family and the best person to talk to is always the manager, who has been great to me, so I’m very happy that it got sorted. I’m sure the fans are as well because it would have been a lot of stress they would have gone through again thinking what’s going to happen.

“Last season was definitely my best so far in an Arsenal shirt. I was top scorer for the club and not many people would have thought that at the start. But I always believed I could score goals.”

Brendan Rodgers: Pepe Reina ‘totally understands’ what I want to do