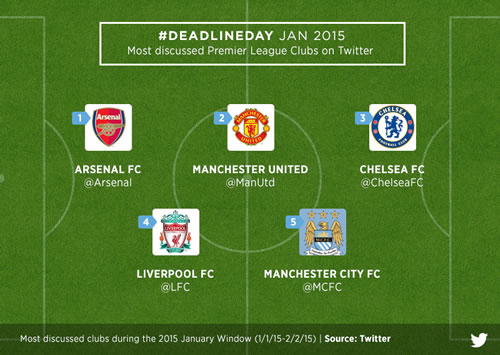 Arsenal generated the most transfer-related tweets during the January window, official data from Twitter shows.

The Gunners pipped Manchester United, Chelsea and Liverpool to lead the way with the most interaction on the social network as fans discussed Arsene Wenger’s mid-season transfer dealings.

Juan Cuadrado’s deadline-day transfer to Chelsea was the most discussed move of the mid-season window, ahead of Martin Odegaard’s move to Real Madrid and Victor Valdes’ switch to Manchester United.

Manchester United signing Valdes benefited most from his move to Old Trafford, gaining an additional 145,000 followers after joining the Red Devils on a 18-month contract. 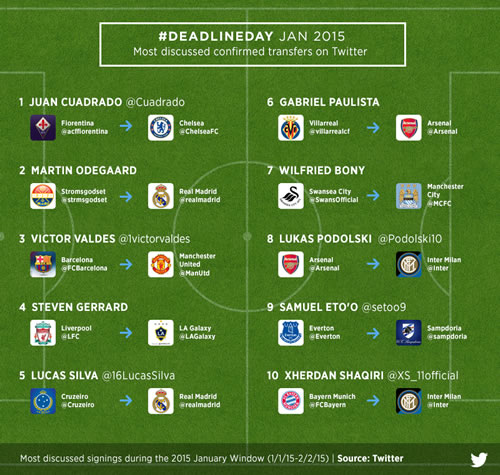 Cuadrado also saw his following rocket up by 100,000 during January before his move to Stamford Bridge.

The moment that Cuadrado signed for Chelsea saw the greatest peak in conversation on deadline day itself.

Meanwhile, the speculation linking Lionel Messi with a shock transfer to Chelsea was the most popular rumour spoken about on Twitter, with Mats Hummels’ proposed transfer to Manchester United close behind. 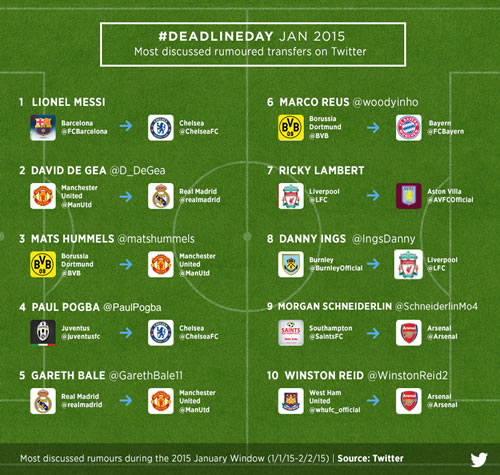