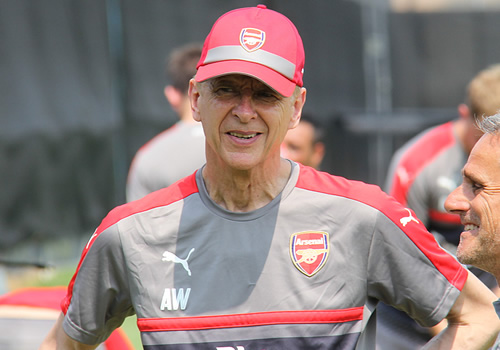 Martin Keown believes there has been a power shift between Arsenal and Tottenham Hotspur.

The Gunners will welcome their bitter rivals Tottenham to the Emirates Stadium in the north London derby in Saturday’s early kick-off.

Arsenal finished 11 points behind Tottenham last season as the Gunners ended up in fifth place in the Premier League table.

While Arsene Wenger’s side missed out on the Champions League but Spurs finished seven points adrift of title winners Chelsea.

Tottenham have cemented their spot as north London side’s superior team with a strong start to the 2017-18 season.

The Lilywhites were 1-0 winners against Crystal Palace at Wembley to move level on points with second-placed Manchester United.

Arsenal are in sixth spot and four point behind Tottenham in a tight bunch of teams from Manchester United in second to Burnley in seventh.

Asked whether there is a power shift in north London following Tottenham’s steady improvement under Mauricio Pochettino and Arsenal’s regression under Wenger, Keown told the Daily Mail:

“There was a power shift the moment Tottenham finished above Arsenal last season and beat them to qualification for the Champions League.

“But until this Tottenham team starts to win trophies, they have not permanently tipped the balance in their favour.”