Arsenal have agreed to pay £45m for Manchester City striker Gabriel Jesus, according to journalist and transfer insider Fabrizio Romano.

The Brazil international has been heavily linked with a switch to Arsenal since the end of the 2021-22 Premier League season following the arrival of Erling Haaland at Manchester City from Borussia Dortmund.

Arsenal are looking to fill the voids left by Pierre-Emerick Aubameyang and Alexandre Lacazette as Mikel Arteta continues his attempt to rebuild the Gunners into a top-four team.

Romano says that the 13-time English champions are set to pay £45m for the South American striker, who has scored eight times and made eight assists in Manchester City’s title-winning season.

The 25-year-old is yet to agree personal terms with the north London side but Arsenal will look to wrap up a deal in the near future, according to Romano.

“Arsenal are now working on personal terms with Gabriel’s camp – final step to get the deal completed very soon.” 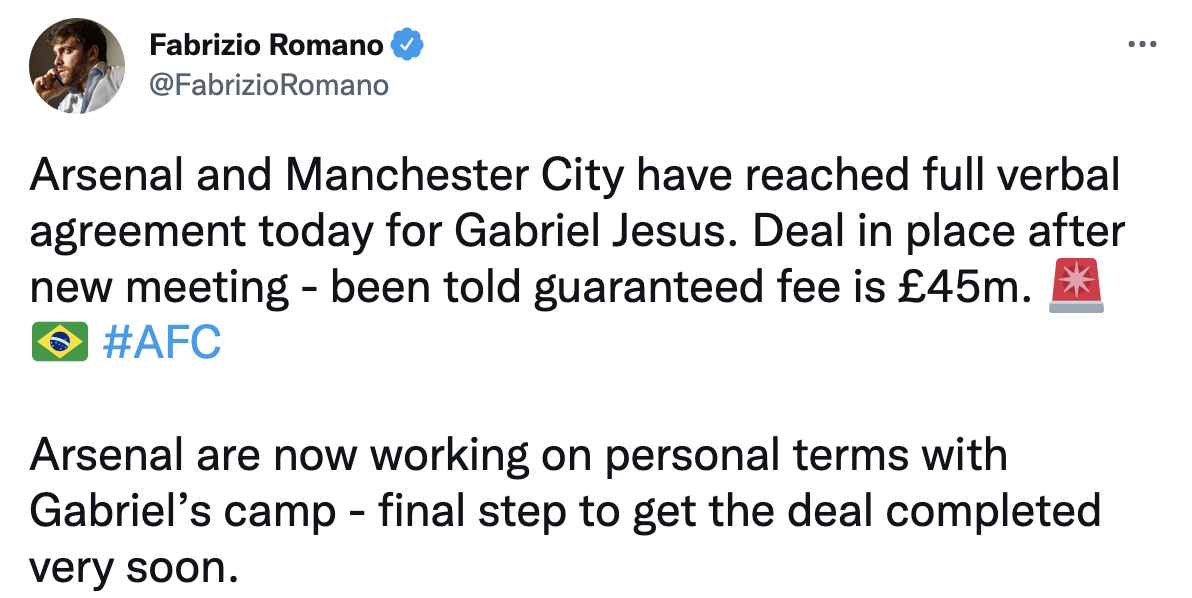 Gabriel Jesus has scored 95 times in 235 games in all competitions for the Citizens over the past six seasons at the Etihad Stadium following his £27m move to Manchester City from Palmeiras.

The Brazilian forward has won four Premier League titles, three League Cups and the FA Cup during his time at Manchester City.