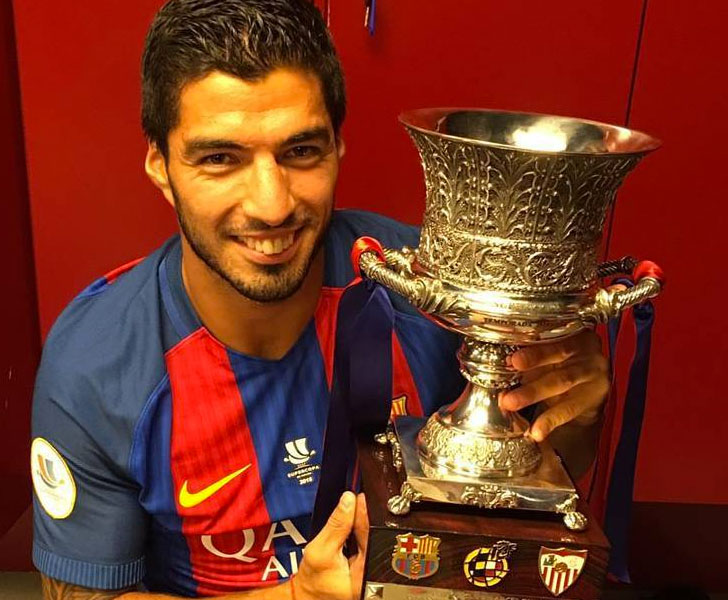 Luis Suarez has admitted that he is a keen admirer of Lucas Torreira as the midfielder continues to be linked with a transfer to Arsenal.

The 22-year-old has been touted as a target for the north London club in recent days as Unai Emery looks to try and build a squad capable of challenging for the Premier League title next season.

Torreira currently plays for Serie A club Sampdoria and he has been strongly linked with a switch to The Emirates.

Now, former Liverpool FC star Suarez has admitted that he has been tracking Torreira’s progress since coming up against him a few seasons ago.

Speaking to Telemundo earlier this season about Torreira, Suarez said: “We played Sampdoria once. I was surprised by the young lad who had been in the middle of the park for the whole match.

“After that evening, I learned he was Uruguayan, and from that moment, I started to follow him a bit in Serie A.

“He surprised me, he’s improved a lot and been playing at a very high level. He came on the scene at a very young age, when it’s not at all easy to assert yourself, but he succeeded in performing at a high level.”

Arsenal are believed to be on the lookout for a number of signings this summer as Emery looks to try and transform the Gunners into Premier League title challengers next term.

The Frenchman has been tasked with steering the north London side back into the top four after they finished in sixth place and without a trophy in Arsene Wenger’s final campaign in charge at the club last season.

Arsenal have not won the Premier League since their famous unbeaten triumph back in 2003-04.