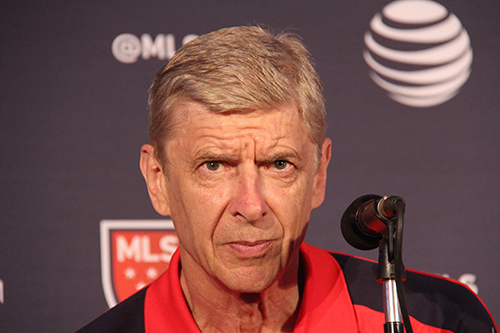 Thomas Lemar would be a good replacement for Alexis Sanchez in the Arsenal team, according to Phil Babb.

The Chile international has been linked with a move to Premier League leaders Manchester City regularly over the past 12 months or so.

Sanchez has less than six months remaining on his current Arsenal deal to open up the possibility of the South American leaving for nothing next summer.

The Gunners appear to have earmarked Lemar as a potential successor to Sanchez in the Arsenal team following his impressive performances.

The 22-year-old rejected the chance to complete a switch to the Gunners in the summer despite Arsenal’s £92m offer on transfer deadline day.

Wenger could face competition for Lemar with both Liverpool FC and Manchester United being credited with an interest in the Frenchman in the current campaign.

Former Reds defender Babb believes Lemar would be a shrewd addition to the Arsenal teams should Sanchez finally complete an anticipated move to Manchester City.

“He’s got bags of pace, he can play on either wing,” Babb told Sky Sports News on Tuesday.

“He’s very tricky and is a small, diminutive player. That pace is key. He hasn’t got that aggression that Alexis Sanchez has shown, but he certainly has the trickery at his feet.”

Lemar scored 11 goals and made 12 assists in the 2016-17 season as Monaco beat Paris Saint-Germain to the title and reached the Champions League semi-finals before a loss to Juventus.

Arsenal signed Alexandre Lacazette in a £52m deal from Ligue 1 side Lyon in the summer.