Journalist: Arsenal have agreed terms with Youri Tielemans but no official bid yet

Arsenal have agreed personal terms with Youri Tielemans but the Gunners are still to submit an official bid to Leicester City, according to a reporter

Arsenal have agreed personal terms with Youri Tielemans but the Gunners haven’t submitted an official bid to Leicester City for the Belgium international, according to reporter Ben Jacobs.

The north London side have been linked with a potential swoop to sign the central midfielder since the conclusion of the 2021-22 Premier League season as Mikel Arteta looks to bolster his options in the middle of the park.

Tielemans is an in-demand player in the summer transfer market after being linked with Arsenal, Liverpool FC and Manchester United in the off-season following Leicester’s disappointing end to the top-flight campaign.

Arsenal have already signed Fabio Vieira in a £38m deal from FC Porto to add more creativity and flair to the Gunners team – but Tielemans would bring some power and strength to the middle of the park at The Emirates.

CBS reporter Jacobs has revealed that Arsenal have already agreed personal terms with Tielemans following a lengthy pursuit of the Leicester midfielder – but the Gunners have not yet submitted an offer for the 25-year-old.

“Tielemans wants to join Arsenal and Edu still in touch with his agent. Arsenal have agreed terms, and worked on the deal for a year, but have never placed an official bid.

“Erik ten Hag is also interested. Tielemans was actually a Ralf Rangnick target but didn’t want to join Man United under him.” 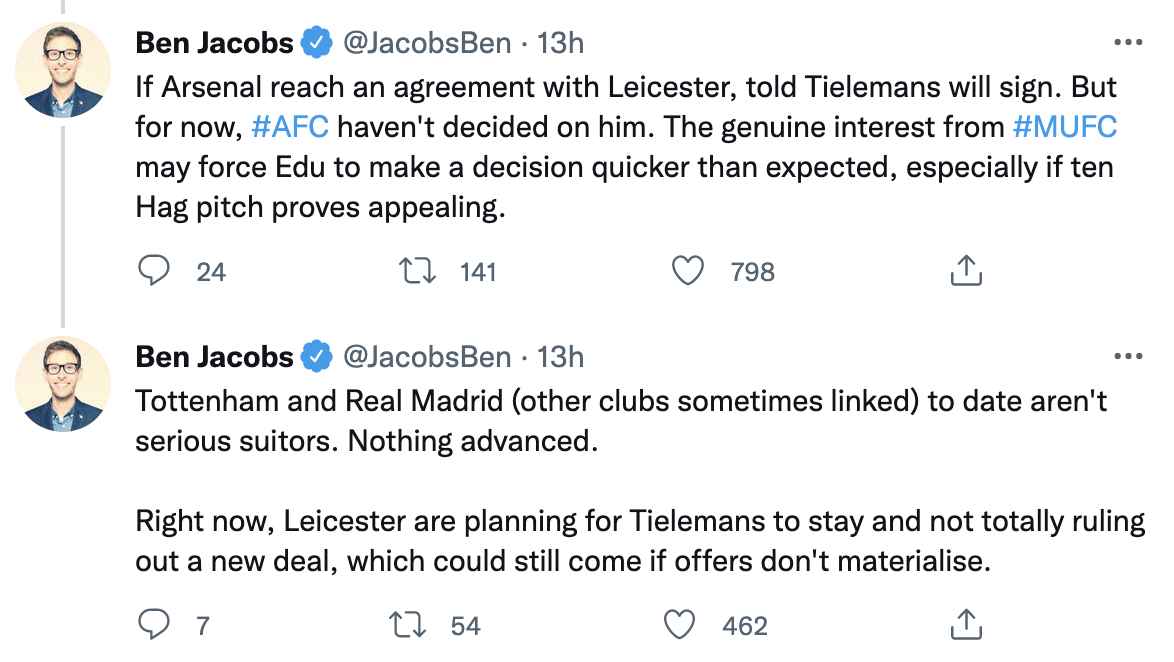 The self-proclaimed Leicester fan went on to reveal on social media that Manchester United have a “genuine interest” in Tielemans so Arsenal may have to act swiftly to avoid losing one of their summer targets.

He added: “If Arsenal reach an agreement with Leicester, told Tielemans will sign. But for now, Arsenal haven’t decided on him. The genuine interest from Man United may force Edu to make a decision quicker than expected, especially if ten Hag pitch proves appealing.”

“Right now, Leicester are planning for Tielemans to stay and not totally ruling out a new deal, which could still come if offers don’t materialise.” 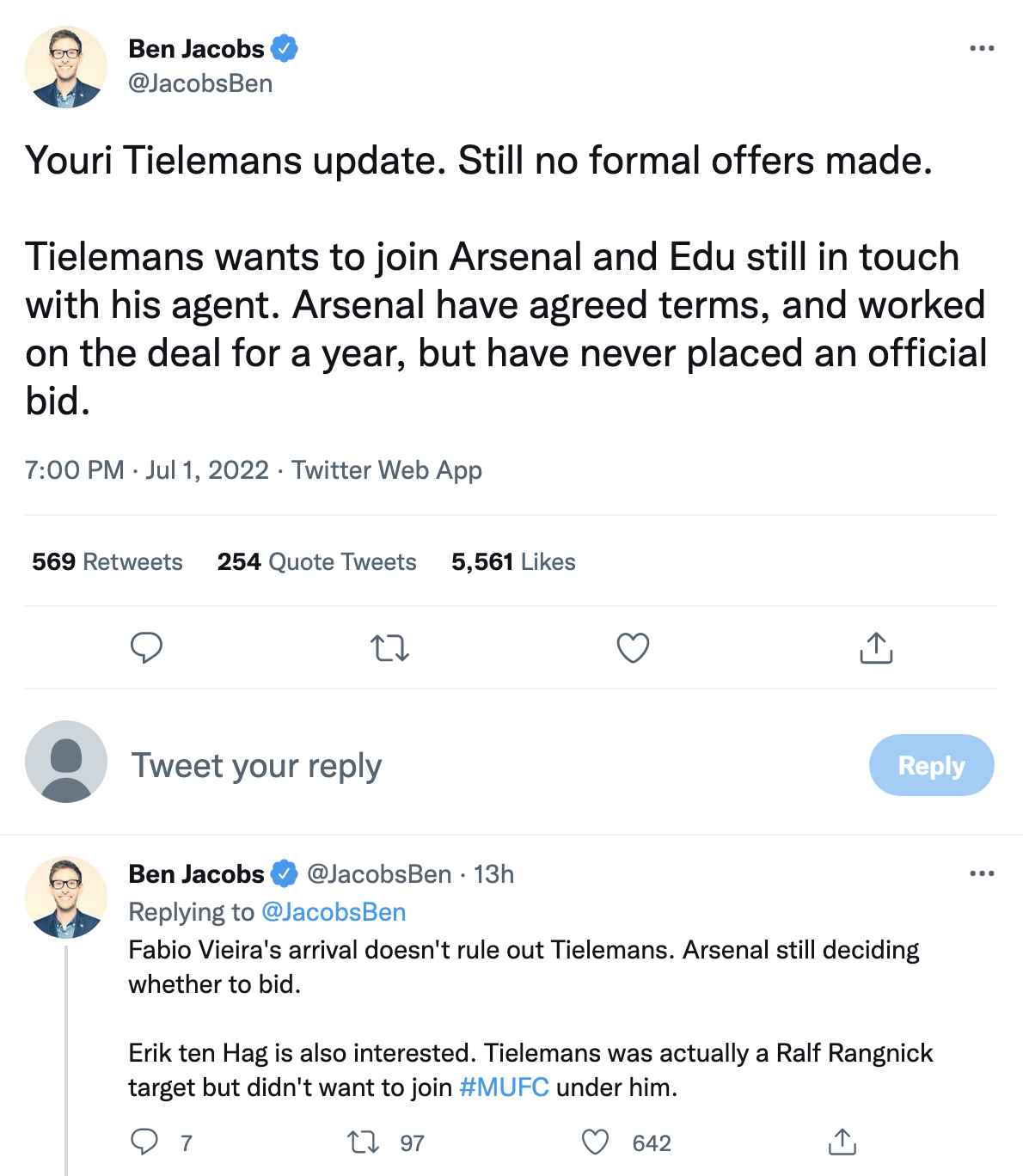 Tielemans scored six times and made four assists in 32 games in the Premier League last season.

Leicester signed Tielemans in a £32m deal from AS Monaco in 2019 after the Belgian spent the 2018-19 season on loan at the Foxes.