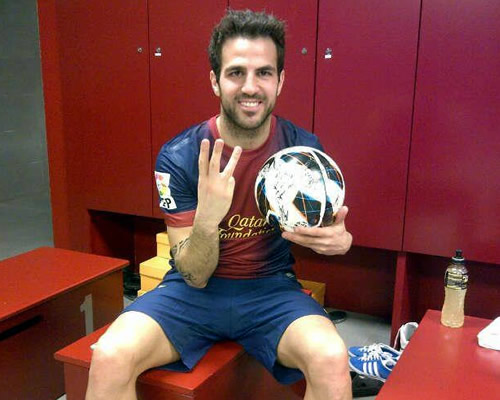 Arsene Wenger has rejected reports suggesting Cesc Fàbregas could be set for a sensational return to Arsenal.

The former Gunners captain has been linked with a move back to The Emirates in recent days after he was quoted as cryptically saying that “I alone know my own future”.

However, Wenger has been quick to play down a possible move for the former Gunners captain, who spent eight years in north London before returning to Barcelona in August 2011.

Fàbregas, who scored 57 goals in 303 appearances for Arsenal, appeared to leave the door open for a move back to London following Barcelona’s Champions League semi-final exit at the hands of Bayern Munich.

“I do not know what is being said and even what is written,” said Fàbregas. “I can only say that I alone know my own future.”

Fàbregas has had to settle for a bit-part role in Tito Vilanova’s side this season, completing 90 minutes on just 14 occasions from 34 starts.