Arsenal transfers: Gunners boss Arsene Wenger admits that his side are "short number-wise" in the attacking department 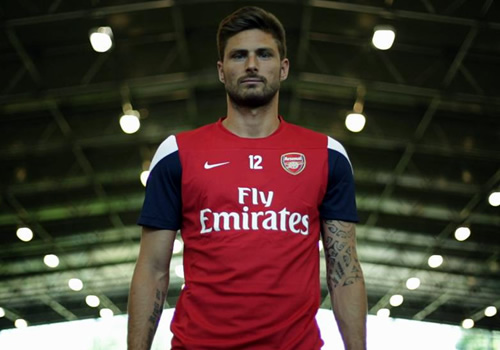 Arsene Wenger has confirmed that Arsenal are out to bolster their attacking options ahead of the new season – but insists Olivier Giroud is still very much a part of his plans.

The Gunners have been linked with a host of forwards since the end of last season, including the likes of Luis Suárez, Gonzalo Higuaín and Wayne Rooney.

But Wenger is adamant that France international Giroud would still have a part to play, even if the north London club brought in a big-name forward.

“[The transfer rumours are] nothing to do with the quality of Olivier Giroud,” Wenger told Arsenal Player. “It’s just number-wise, we are a bit short.

“As you said, we score goals – that is the result of our good team play, of our creativity and our pace in the game. We have a lot of pacey players and that creates a lot of danger.”

Arsenal had a bid in the region of £30m rejected by Liverpool for controversial striker Suárez this month, with the latest reports claiming that the Gunners are prepared to up their offer to £40m.

But Giroud insists he would not be fazed by the potential arrival of the Uruguay international.

“I could have a good relationship with Suárez on the pitch,” Giroud told L’Equipe. “So I am for Suarez’s arrival. I’m not afraid of competition.

Tito Vilanova to step down as Barcelona coach