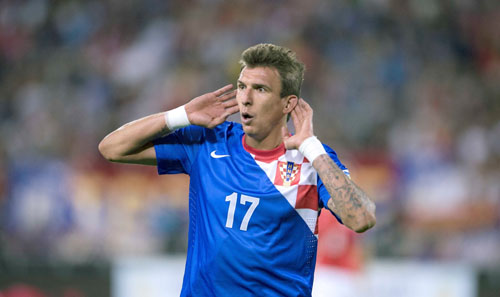 The Croatia international has put pen to paper on a four-year deal with los Rojiblancos, ending speculation that the towering striker could join Premier League duo Arsenal and Chelsea.

Atletico’s sporting director Jose Luis Caminero said: “The incorporation of Mario Mandzukic is great news because he has the features we were looking for to cover this position.

“He’s a strong forward, with a great high ball control and a powerful shot. It allows us to start pressuring behind the rival from the beginning, because he works hard on playing the ball out of defence.

“He fits well with his attacking team-mates and is used to competing at the highest level. He’s a winner, a player used to winning titles. He’ll contribute very much.”

Alexis Sánchez: I’m so happy to have signed for Arsenal