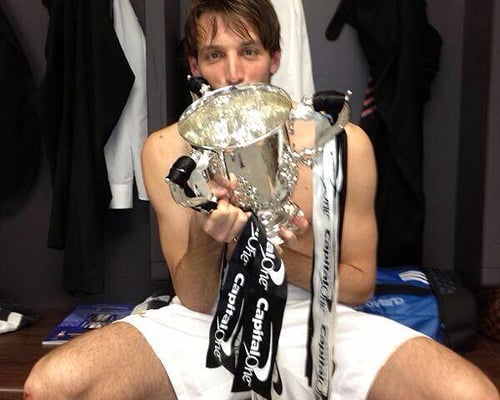 The Spain international has been linked with a move away from the Liberty Stadium in recent months, amid reported interest from Arsenal and La Liga duo Atletico Madrid and Valencia.

The 28-year-old, who moved to the Welsh outfit from Rayo Vallecano in 2012, scored two goals and made two assists in 17 Premier League appearances during an injury-hit 2013/14.

And Swansea manager Monk, who was appointed on a permanent basis at the end of the season, revealed that he is planning to hold discussions with the £2m signing.

“I’m meeting Michu at the end of the week and we’ll talk about things,” Monk told the South Wales Evening Post. “He’s a quality player, a great lad, someone who scores goals so there will always be interest in someone like that.

“We will sit down and see the best way to go forward, but as far as I’m concerned he’s a Swansea City player and I hope that continues.

“I want him to stay, but we’re the same as every club in the world. If an offer comes in and it’s right for the club and the player feels he wants to move on, then you discuss it.

“As it stands we’ve had nothing concrete so there’s nothing to discuss.”

Michu scored 22 goals during his first season at Swansea.