Arsenal transfers: Mikel Arteta is expecting Arsenal to bring in a number of top players this summer 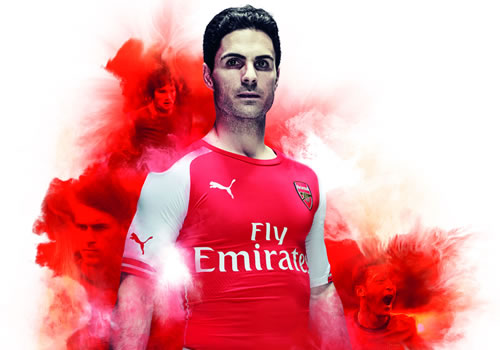 Mikel Arteta is expecting Arsenal to bring in a number of top players this summer in a bid to transform themselves back into Premier League title contenders.

The Gunners have already completed the signing of Chile international Alexis Sánchez from Barcelona in a £35m deal, with Newcastle United right-back Mathieu Debuchy expected to follow in the coming days.

Arsene Wenger’s side ended their nine-year wait for a major trophy last season by winning the FA Cup at Wembley in May.

And midfielder Arteta is backing the Gunners to bolster their squad with quality this summer ahead of the 2014-15 campaign.

“We are Arsenal and we know for sure that we are going to bring some top players here,” Arteta told Goal.

“If we do that and keep the top players we already have fit, we’re going to have a great chance.”

The Spaniard added: “Financially the club has been really careful, and looking forward to the moment when they have the solidity to say ‘Ok, we can do it now’. We believe we can.

“But the way we are approaching things is very loyal and very rare to see in football, instead of panicking and thinking ‘it doesn’t matter that we have £200m debt’.

“It’s not the way Arsenal does things, and that says a lot about the club and the manager.”