Arsenal transfers: Pedro admits he is unsure if he will remain at Barcelona beyond the summer 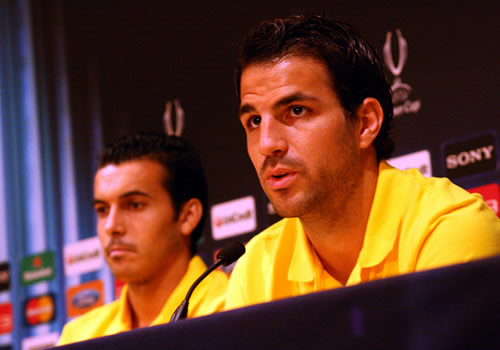 Pedro has cast doubt over his future at Barcelona by admitting that he doesn’t know if he will stay at the Spanish club.

The 26-year-old netted 16 goals and made eight assists in 37 La Liga appearances for Barca last season but has been linked with a move away from the club in recent weeks, with Arsenal and Liverpool among the sides said to be keeping tabs on the Spain international.

And the Spain attacking midfielder gave little away when quizzed about his future by journalists at the World Cup in Brazil.

“Right now I do not know anything about my future,” said Pedro, according to Sport.

“I need to speak with Luis Enrique and the club before taking a decision.”

Speaking last month, Pedro said: “I’m happy at the club, but I don’t know what the future holds for me. I’d rather have played more, especially in big games, where I featured less.

“Overall, I ended up happy because in the games where I played, I was able to help the team a lot. We’ll see what happens next year.”