Arsenal transfers: ‘Signing Cesc Fabregas would be a step backwards’ 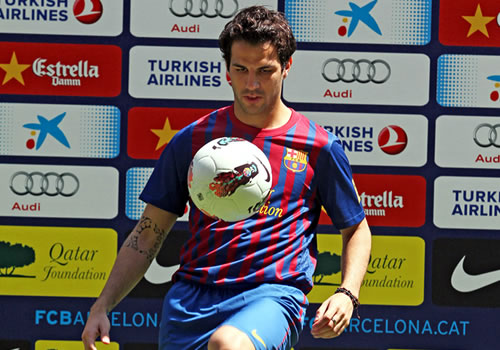 Stewart Robson claims Arsenal would be taking a “backwards step” by re-signing Cesc Fabregas from Barcelona this summer.

The 27-year-old is expected to leave Camp Nou before next season, with the Premier League said to be his preferred destination.

The former Gunners captain has inevitably been linked with a return to Emirates Stadium and Arsenal are understood to have a buy-back option on the Spain international.

However, ex-Arsenal midfielder Robson doesn’t feel that Fabregas should be top of Arsene Wenger’s wish-list this summer.

“I’m not sure Fabregas would be the right player for Arsenal,” Robson told talkSPORT.

“He was brilliant for Arsenal but the last year or so he started to – a bit like [Thierry] Henry did – do what he wanted to do rather than being a team player.

“I think it would be a backward step to bring him back in. I think he would probably be better off going to Liverpool or Manchester United.”

He continued: “What Arsenal do need is a holding midfield player. [Mikel] Arteta, as good a passer of the ball as he is, he is not athletic enough. He had Denilson a few years ago who couldn’t run at pace.

“It’s a big problem area for Arsenal they have to rectify. They have to get a strong midfield player, a good defensive midfielder who can play as well.”

Tottenham transfers: Ex-striker urges Spurs to back Lamela and Soldado