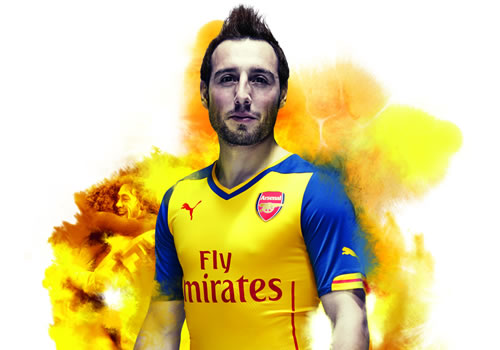 Arsene Wenger has poured cold water on reports linking Santi Cazorla with a transfer to Atletico Madrid this summer.

The Spaniard has been one of the Premier League’s standout performers this season and was voted the PFA fans’ player of the month for January after a string of impressive displays for the Gunners.

Atletico are reported to be keeping tabs on the 30-year-old playmaker’s situation amid talk of a potential summer bid for the Spain international.

However, Wenger insisted that there has been no official approach from the La Liga champions.

“He has extended his contract last year and I think he still has two years to go,” Wenger told a news conference at Arsenal’s training ground on Friday morning.

“You know our policy at the club, so I don’t thing there’s anything special to worry about that.

“The suggestion is only a suggestion, we have never been approached by anybody.”

The Arsenal boss went on to praise Cazorla for his recent displays for the Gunners.

The midfielder has scored six goals and made six assists in 24 Premier League games this season and Wenger believes that his improved displays are partly down to a positional shift.

He added: “Until now he has been maybe the most consistent [performer].

“He has been voted twice player of the month in the last two months and since he has moved centrally his influence is bigger.”

Arsenal, currently fifth in the table, travel to Crystal Palace in the Premier League on Saturday.