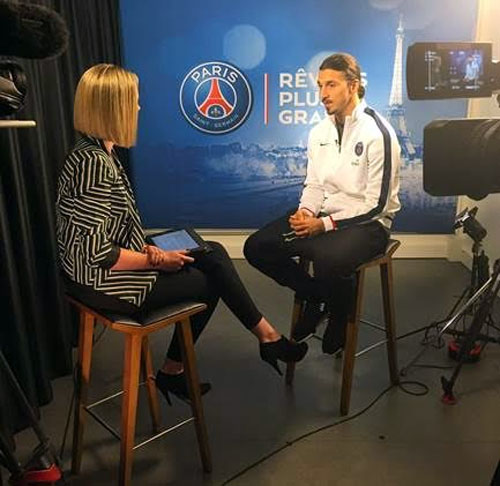 Zlatan Ibrahimovic has addressed reports linking the Paris Saint-Germain striker with a move to Arsenal.

The Sweden international has been touted as a potential target for Arsene Wenger as the 34-year-old approaches the twilight of his long, distinguished career.

Ibrahimovic has played in Serie A, La Liga, Eredivisie and Ligue 1 but has never sampled the Premier League despite previously being linked with Chelsea and Manchester City.

Speaking to CNN ahead of his return to home town Malmo in the Champions League on Wednesday night, Ibrahimovic addressed reports linking him with a switch to the Gunners.

“I think there is a lot of talk from today until the European – there will be a lot of talks,” Ibrahimovic told CNN.

Ibrahimovic famously rejected the chance to go on trial at the north London side at the start of his career.

The striker was a teenager when he met Arsenal boss Wenger to discuss a potential move to the north London outfit.

On the suggested trial, Ibrahimovic told The Sun in 2012: “He never actually made me a serious offer, it was more, ‘I want to see how good you are, what kind of player you are. Have a trial’.

“I couldn’t believe it. I was like, ‘No way, Zlatan doesn’t do auditions’.”

Ibrahimovic has scored 84 times in 100 Ligue 1 appearances for PSG.