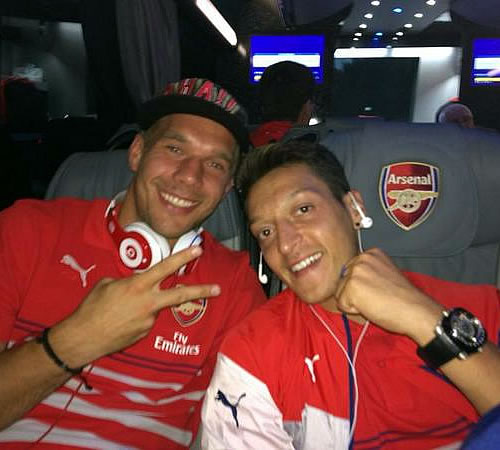 Arsene Wenger has leapt to the defence of Arsenal’s club-record signing Mesut Ozil.

The Germany international was criticised for another ineffectual performance as the north London side drew 2-2 with Premier League champions Manchester City.

“When you watch the game in a cool manner, you see what a good player he is

And Arsenal manager Wenger, who signed Ozil in a £42.5m deal from Real Madrid in 2013, insisted that the 25-year-old’s performances can be deceiving.

“People always have this kind of attitude about him,” Wenger said. “He worked hard against City and he played quite well.

“You see a good Ozil when you watch the game again. Then you realise his timing, his quality of the pass and something you can be frustrated during the game but you must not overreact.

“When you watch the game in a cool manner, you see what a good player he is.

“I have so many offensive players. I give him freedom to play outside and inside and he likes that.

“It is not easy but Ozil is a team player and he takes it very well.”

Ozil, who won the World Cup with Germany this summer, has failed to score or make any assists in three Premier League appearances this season.