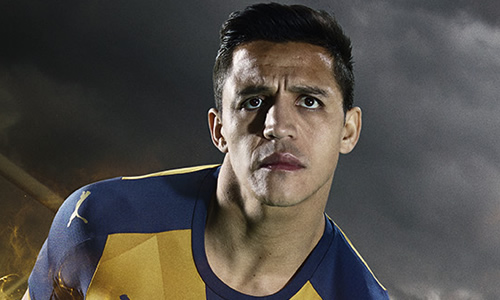 Alexis Sanchez is fit and ready to start for Arsenal ahead of Sunday’s Premier League trip to Crystal Palace, Arsene Wenger has confirmed.

The Chilean, who only returned to pre-season training with the north London side last week, was a second-half substitute as Wenger’s men slumped to a surprise 2-0 loss to West Ham United in their Premier League opener at Emirates Stadium last weekend.

However, the 26-year-old has been training hard and Wenger confirmed on Thursday morning that the forward is ready for Sunday’s trip to Selhurst Park.

Wenger told Arsenal’s website: “Alexis Sanchez is fit, he’s been working hard and is ready for the weekend.”

Wenger also delivered updates on Jack Wilshere, Hector Bellerin, Danny Welbeck and Tomas Rosicky, who have all been struggling with injuries.

The Arsenal boss continued: “Hector Bellerin is back and is available for Sunday. Danny Welbeck is making good progress, but is still not available.

“We said Jack would be out for four weeks, and he’s in the second week now so he’s on schedule.

“Tomas has had surgery on his knee. His agent said he will be out for one or two months, but it will be longer. How long exactly, we don’t know yet.”

Wenger’s men will be looking to notch up their first win of the season on Sunday after falling three points behind Manchester United, Liverpool and Manchester City following the opening round of Premier League fixtures.

Man United transfers: Pedro Rodriguez speaks out about his future