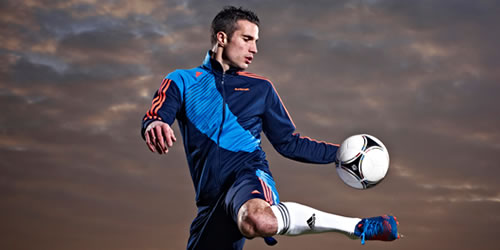 The Dutchman moved to Old Trafford in a £24m deal last August following relentless speculation over his future and sparking criticism of the club’s transfer policy.

Wenger accepts that Van Persie’s sale generated “unrest” at the club, but with Arsenal having splashed out £42.5m land Mesut Ozil this summer and leading the way at the top of the Premier League table, the Frenchman feels his side are heading in the right direction.

“I must say [last season] didn’t start in the best way because as you know we lost Robin van Persie,” Wenger told Arsenal’s AGM on Thursday.

“That created a lot of unrest and a lot of scepticism around the team, and we were a bit destabilised at the start of the season.

“But from November onwards until the beginning of May, the team has shown fantastic mental strength.

“We had two huge disappointments in the cups, losing to lower league opposition – but in the championship, when you look at the last results, we finished in a very strong way.”

Wenger also praised his side for the positive manner in which they responded to the surprise 3-0 opening day defeat by Aston Villa.

He continued: “That game created a huge revolution for two simple reasons – it was the first game of the season and it happened at a time when we had not bought anybody and people became a bit nervous.”

The Arsenal manager also called on Gunners fans to rally around the team in the coming weeks and months as they look to end their eight-year wait for a major trophy.

“The Premier League is tight again this season and we’ll need huge support,” said Wenger, whose side host Norwich City on Saturday.

“We had some moments when The Emirates don’t always feel that – I can understand that because it’s up to give you belief.

“Our commitment on the pitch has to bring everybody on board. I personally believe that we will have the attitude and desire to to that.”