Novak Djokovic, Rafael Nadal and Roger Federer are among the winners at the 2018 ATP Awards 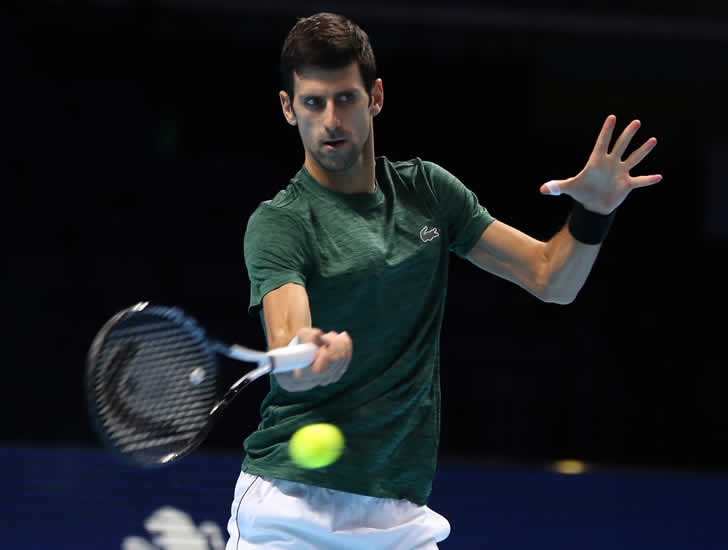 When it came to the Player of the Year Award in this year’s ATP World Tour Awards, there was no surprise.

Novak Djokovic’s stunning run since the Rome Masters in May to claim the No1 ranking at the Paris Masters ensured he would pick up the biggest end-of-year trophy.

But such was the run of Djokovic through the last six months, and following surgery to his elbow in the aftermath of the Australian Open, that he surged from a low of 22 at the French Open to the very top via victories at Wimbledon, the US Open, and the Masters titles in Cincinnati and Shanghai. Add in final finishes at Queen’s and the Paris Masters, and he lost only three matches for 35 wins. Little surprise, then, that Djokovic was also selected by fellow players as the Comeback Player of the Year.

That he achieved this remarkable return to form alongside his old coach, Marian Vajda, with whom he reunited this spring, made the choice of Coach of the Year a straightforward one, too: The Serb was picked by his fellow coaches to receive the honour.

The man Djokovic displaced at No1, Rafael Nadal, was Player of the Year in 2017, but this year, he has picked up the much-sought-after Stefan Edberg Sportsmanship Award for a second time. He is the only active player to have denied Roger Federer since 2004, and he has added this year’s award to his 2010 trophy.

Not that Federer will go home empty handed. The most prolific winner of ATP Awards—he now has 37 of them—won his 16th Fans Favourite Award. He has been unbeaten in this category since 2003.

Thus far, then, the awards list has a familiar look, particularly with the addition of Mike Bryan—one half of the Fans’ Favourite Doubles Award with Jack Sock. Bryan has previously won it with his brother Bob Bryan from 2005 to 17, but has played with Sock since the Madrid Masters after his brother was side-lined with injury.

But turning to the Newcomer and Most Improved categories, there are two very popular #NextGen players enjoying the limelight in London, even though they are currently wowing the crowds in Milan at the NextGen ATP Finals.

Australian 19-year-old Alex de Minaur won the Newcomer of the Year Award, and 20-year-old Greek Stefanos Tsitsipas took the Most Improved Player of the Year gong. The two will contest the semi-finals in Milan, and if both win, they will play for the title on Saturday.

From outside the top 200 at the start of the year, de Minaur rose to a career-high No31, reaching his first tour semi-final in Brisbane and the final in Sydney. His biggest result, however, came with the final of the ATP500 in Washington.

rank of 91 to become the youngest member of the top 20, at No15. He also finished runner-up at the ATP500 in Barcelona and the Masters in Toronto.

Another new face features in the awards, but this time at the other end of the age spectrum. The 36-year-old Spaniard Tommy Robredo, a former top-five player who has plummeted this year due to persistent injury problems, receives the Arthur Ashe Humanitarian Award. To honour the memory of his close friend, Robredo launched his foundation and an international wheelchair tennis tournament, the Santi Silvas Open, in 2009.

Newcomer of the Year: The #NextGenATP player who entered the top 100 for the first time in 2018 and made the biggest impact on the ATP World Tour this season.