New team-based season opener, the ATP Cup, is launched – but many questions remain

The launch of the new team-based season opener, the ATP Cup, is confirmed - but many questions still remain 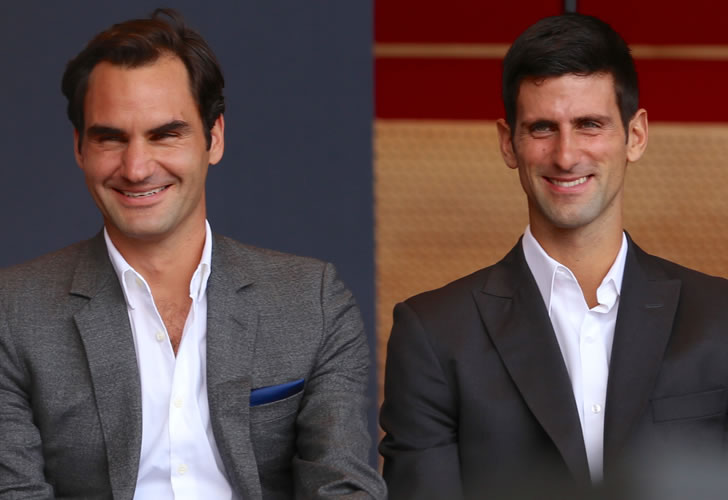 It is not new ‘news’ to those in the tennis business that the men’s professional body, the ATP, was to introduce a new team event at the start of 2020, just six weeks after the revamped Davis Cup Finals launches in Madrid at the end of 2019.

But the official launch, attended by some player big guns, Novak Djokovic and John Isner, set the event firmly in the calendar: 3 to 12 January 2020. However, it did not dot the ‘Is’ and cross the ‘Ts’.

In a press conference at the O2 fronted by the top representatives of the partner organisations, Chris Kermode, Executive Chairman and President of the ATP, and Craig Tiley, CEO of Tennis Australia, the name of the 24-team event was confirmed as the ATP Cup.

And the logo dovetailed nicely with the launch of the ATP’s rebrand just two days before: The ATP typography with its embedded tennis figure is at the heart of the ATP Cup, too.

The tournament will fill the first 10 days of the 2020 calendar, Friday 3 to Sunday 12, but will still leave a week’s gap before the Australian Open. The idea is that the ATP Cup will provide the ideal preparation in Australia for the first Major of the year, and an alternative to the existing events in that week: Brisbane, Doha, Pune, and the [not ATP] Hopman Cup.

Those who do not qualify or do not wish to play will still have alternatives, goes the idea, but this big-scale, big-draw event will provide an appropriate launch pad to the season for all the top players who, in any case, already select a tournament in January to prep for the Australian Open.

Much emphasis was placed on the attraction for the players of combining points and prize money with playing for their nation—a rare opportunity in this most individual of sports.

“The tournament will ensure every season starts with an event with a truly global profile, giving players the chance to see their nation crowned the best in the world.”

“The first week of the season is when the players want to play and that’s why the tournament has their strong support. By staging the event with Tennis Australia, which is renowned for its experience as an outstanding event promoter, we know that the tournament will be a great success from year one.”

And both Djokovic, Chair of the Players’ Council, and Isner stressed how valuable it was players to compete for their country. Currently, the only opportunity to do so is at tennis events overseen by the International Tennis Federation, but the Davis Cup and the Olympics do not attract ranking points, which are so crucial for players in getting high seedings in the biggest tournaments.

“I like that it’s owned by ATP, by the players, and that we have ranking points, and it’s going to be the best way to kick start the season. Australia is a country that has a Grand Slam, that nurtures tennis tradition. More than 90 per cent of the time we’re playing as individuals and we don’t have too many team events. This is going to bring together a lot of nations, and for me personally it will be a very nice and proud moment to represent my country.

“Having ranking points as an option is obviously an incentive and the biggest [incentive], I’m sure, is playing for your country.”

“All of us players around the world are unified and united in this event. It’s the perfect week for it. Everyone wants to be in tip-top shape come the Australian Open and this event is going to allow us to do that.”

Certainly, the accompanying video suggested that all the players were on board with this—helped not a little by the availability of a maximum of 750 ranking points and a purse of $15 million. Currently, there are only 250 events before the Australian Open, so even if a player opts into two of them, he cannot win more than 500 points.

How it will work—facts so far

· The event will comprise 24 teams, broken down into six groups of four. The eight top teams to come through the round-robin stage will advance to the knock-out quarters, semis and final.

· There will be up to five players in each team, with ties comprising two singles matches and one doubles match.

· The criteria for entry into the ATP Cup will be based on the rankings of the top singles player from each country.

· A number of Australian cities are competing to become one of the three hosts for the tournament—the names will be revealed in a month’s time.

And what of the Davis Cup?

Kermode was at pains to stress that all the relevant parties had taken part in constructive and friendly discussions several times, and as recently as last week. But what those meeting resolved is still unclear.

For there is no getting away from the fact that the ATP Cup follows hot on the heels of newly-structured Davis Cup, the details of which were announced just a few months back, and in the full knowledge of what plans were afoot by the ATP.

The Davis Cup Finals, designed to reduce the year-long commitment on players, begins in Madrid next November—a two-year residency—and features 18 teams through round-robins and knock-out stages for a significant purse funded by Gerard Pique’s backed investment group Kosmos. That is six weeks before the ATP Cup, and after a year-long schedule that leaves most players keen only to get some rest and recuperation before training begins again in December.

As 21-year-old Alexander Zverev said after one of his round-robin matches at the ATP Finals this week—yes, another exhausting event, albeit the season finale, in which the top players feature:

“The issue is that our season is way too long… We play for 11 months a year. That’s ridiculous. No other professional sport does that.”

And of the eight elite who have to dig deep for the final push in mid-November, how many will be willing to give up another week for the Davis Cup?

“You can have multiple team events, that’s not the issue. The issue is that the timing is so close, and I get that. I’m really, really confident that down the line we will find a resolution for this.”

“Obviously the Davis Cup and ATP [World Team] Cup situation is delicate. We find ourselves in the kind of circumstances and situations that we have to deal with right now. I think in the next two years, we’ll have both events happening in a very similar format if not the same, six weeks apart… I honestly don’t think it’s good for the sport.”

He referred, it seems, to that two-year Davis Cup contract with Madrid. If the ATP Cup proves successful, that would be the time to re-evaluate the structure and timing of the Davis Cup.

But while some fall-out has been dealt with—The Tata Open Maharashtra, India’s only main tour stop, will move from the first week in January to February—there is still a lot of flesh to be put on the bones of this project.

· For nations with just one high-ranked player—examples like Grigor Dimitrov, Dominic Thiem and Stefanos Tsitsipas spring to mind—how viable will be their involvement, and how will the points be distributed among team members?

· Then there is the opposite problem. A player with many top-100 colleagues may not even have the option of playing: Spain has 10, with quality in both singles and doubles.

· How will Australia select its three venues? Kermode said there were competing bids. Will they give extra weight to those already hosting Emirates Australian Open Series tournament such as Brisbane and Sydney? Will Perth, host to the Hopman Cup, get a look-in, or does its distance preclude consideration?

· Which begs more questions. The 2019 edition of the Hopman Cup, which has cranked up a considerable profile in recent years, will discontinue—what of the Harry Hopman legacy?

· And what about the WTA events that share the same week and venues with the ATP in Brisbane and then Sydney? Can those venues accommodate both the ATP Cup and a WTA Premier event?

· Will, indeed, the 10-day span of the ATP Cup impact on other tournaments in that lead-up to the Australian Open: Auckland, for example?

· If the Davis Cup survives its initial two years, will suggestions for another slot in the calendar be taken on board? One of those to surface was September, when the Davis Cup semi-finals have been played in the aftermath of the US Open. The fly in the ointment is the Laver Cup, a non-ATP or ITF team event that pits invitees from Europe and Rest of World against one another. Spearheaded by Roger Federer with backing from the Australian and US Opens, it has made a real splash—in September.

By the end of this season, we should know more about the ATP side of things: venues, other contemporary tournaments, prize money distribution.

What the next move of the ITF will be may have to wait until the Davis Cup has seen out its first cycle—a year hence.

“From what I’ve heard from conversations with people from all of the sides, they all want to have one event because it’s over-saturated with different cups, different events.

“We have the longest season in all sports. We’re just adding events. We kind of have to try to focus on quality rather than quantity.”

… from those at the coal-face, still competing for one of the year’s biggest prizes at the Nitto ATP Finals in mid-November.

Dominic Thiem: “I mean, we have basically a never-ending season, I would say… I think the most important period of the season is starting, the off-season, the only time where we have time to practise and to really improve all the stuff what we need to work for. That’s how it is in tennis. I think we cannot complain about it because we have a very nice life with that. The only thing which would be better if the year would have 13 months.”

Jamie Murray: “[The ATP Cup] is a great way to kick off the year. It’s a great week for getting the top guys committed to playing the event, because obviously everyone wants to play at the start of the year in the lead-up to the Australian Open. I think it’s going to be a huge success.”

Djokovic: “I mean, this part of the year after the Grand Slam season is done, you have Laver Cup, then Davis Cup, World Team Cup first week of the year. It’s really over-saturated. Within three, four months, it’s too many events. We’ll have to work it out. But we have to start from somewhere.”

Federer: “I think we have to wait and see how it is. It’s so nice that we have so many highlights, so many tournaments to choose from. Clearly if the World Team Cup is going to be held, players will want to play that first week of the year, so you would think it’s going to be exciting. The Davis Cup has incredibly rich history. You would think the players are going to play that. From that standpoint, I think there’s not that much change, or more tournaments on the calendar. It just happens that there’s more team events, which I think the players are happy about.

“You forget it’s lonely as a tennis player sometimes—when you win sometimes, you fist pump, look at your team, I’m happy, but you’re on your own. Teams, like Davis Cup, Hopman Cup, Laver Cup, you’re playing for somebody else, something else, a country, a region, whatever it may be. I think that makes the player quite happy and gives a different feel that it can actually also fuel you for other ATP events.”