Dominic Thiem tops Nadal in classic: 'It’s a match I will remember for a long time' 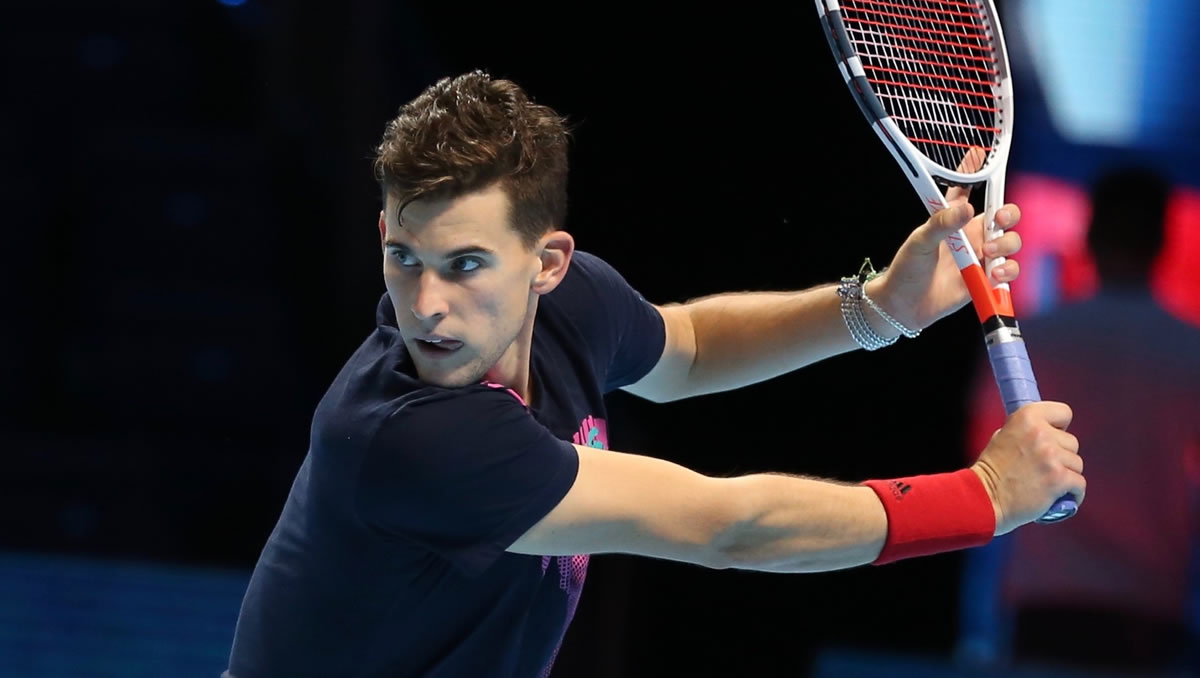 By the second round-robin matches, the semi-final scenarios were already shaking down towards the sharp end of this last week of the 2020 season.

And as expected before this 12th and final playing of the Nitto ATP Finals got under way at London’s O2, the two giants in the draw, No1 Novak Djokovic and No2 Rafael Nadal, topped their pools after straightforward and convincing opening wins.

They both had played the two debutants in the competition, Diego Schwartzman and Andrey Rublev respectively, which may have helped the experienced superstars. But each of them could clinch a semi-final place with another win. The trouble was, each next played the toughest cookies in their pools.

Wednesday would pitch Djokovic against No4 Daniil Medvedev, who looked and sounded supremely confident after his intense win over Alexander Zverev. After all, the tall Russian beat Djokovic twice in a 2019 season that saw him go on an astonishing tear to two Masters titles and the US Open final in a span of two months.

But arguably, Nadal’s next was even tougher. He played world No3 Dominic Thiem, the newest Major champion who won the US Open, after three Major runner-up gongs—including this year’s Australian Open.

And among the five wins Thiem had scored over Nadal in their 14 meetings, the last was a thriller in the quarters in Australia. And just as notable, the Austrian beat Nadal on the Spaniard’s beloved clay in Barcelona last year.

But in Thiem’s favour was not only the confidence from such impressive results, he also had plenty of experience at this special tournament. Playing his fifth ATP Finals, he was runner-up last year—losing by just a whisker to Stefanos Tsitsipas. And he beat Tsitsipas this Sunday in their first meeting since.

Was there more at stake for Nadal? This is one of the very few big titles he has failed to win, though he has qualified for 16 straight years and reached the final twice. However, he has many times been thwarted by end-of-season injury, missing six years altogether, but the odds finally seemed to be on his side—a shorter season, fewer tournaments, more left in the tank.

However he more than most knew very well that a victory against Thiem guaranteed nothing—last year, he was eliminated despite winning two of his three round-robins. However, if he got this win without dropping a set, he was through.

In contrast, because Thiem dropped a set in that first match, he could not guarantee the semis until Tsitsipas and Rublev had played.

Either way, this promised much for the neutrals. Sure enough, there was nothing to choose for the opening five games, both serving with pace and swing, and picking off net points, creating angles. Thiem survived the first real challenge, deuce in the sixth game, with a beautiful touch volley winner, 3-3. The Austrian then went after Nadal’s serve, now with a backhand pass, now a deft drop, and the Spaniard had to find his best net ability and a couple of kick serves, to fend off 15-30 for the hold.

Nadal then faced off 0-30, again with some quality exchanges, leaving Thiem to serve to save the set.

Thus far, there had been 20 net approaches between them, with just four points dropped there—such was the creativity and variety both deployed, both front and back of the court, on serve and through probing rallies. Almost inevitably it went to a tie-break, with both posting twice as many winners as errors.

The first four points went against serve, Nadal taking a smash winner for 2-1, but then double faulting for the first time in the tournament. But a 13th net winner from Nadal halted the run, 3-2, and Thiem was forced to take on a difficult volley that clipped the net wide. Nadal had daylight at last, and extended it to 5-2.

Thiem thumped winners to the extreme corners to get back on level terms, only to double fault to offer up set point to Nadal. However, they changed ends at 6-6, and after saving another set point, Thiem converted his first with a cracking off-forehand winner, 7-6(7).

Commentator Rob Koenig summed it up: The entire set had been “The very essence of excellence.”

It had lasted almost 72 minutes, without a break point, but Nadal worked his first in the opening game of the second set. Thiem came through, and the level seemed only to rise.

Nadal pulled off a running forehand pass only for Thiem to do just the same in the next point. A couple of love holds, and on they went, no drop in level, still with twice the winners to errors. Even the serving was top notch. Facing 0-30, Thiem fired three serve winners, but then faced another break point. This time, Nadal picked off the forehand pass, 4-3.

Thiem, not to be outdone, earned his own first break points, and delivered a succession of big forehands to break back, and soon Nadal was the one serving to save the match, 4-5. He opened with two unusual errors, and then an uncharacteristic missed smash made it three match points for Thiem—but the Spaniard saved them all. Then Nadal pulled off a tweener and made a backhand pass to hold. It headed to another tie-break.

Thiem’s 35th winner came from a bold serve-and-volley, and his 36th was a single-handed backhand pass for a mini break. A 37th winner came from the forehand, 6-3, three more match points, and this time he got his reward for one of his best performances of the year, set and match, 7-6(4).

Thiem is a modest and quietly spoken individual, in complete contrast with his explosive and energy-packed tennis. And with typical understatement, he said afterwards, “I think it was a great match from the first to the last point.” He later added:

“It was a great match that I will remember for a long time.”

He was not wrong, but now will surely watch the evening contest with fingers crossed: If Tsitsipas beats Rublev, the Austrian will be into the semis—though he is now favourite to advance in any case.

Nadal, however, will have to wait and hope—hope that he beats Tsitsipas come Thursday, and hope that other results go his way. But considering the quality of his tennis this week, he must stand a very good chance.

After No6 Tsitsipas raced to a 6-1 first set, he was pegged back in a two-hour see-sawing thriller as Rublev got one break in the second to level, 6-4. The third set brought no breaks, though Tsitsipas failed to convert five chances, and it headed to a heart-breaker of a tie-break for Rublev. The young Russian pulled back from 2-5 down to serve for the match, 6-5, only to serve his only double fault of the set.

Tsitsipas did not let his own match-point go begging, serving it out 7-6(6) to keep alive his hopes of defending the title he won at his first attempt last year. His win also guaranteed Thiem’s place in the semi-finals. However, Rublev cannot now progress, though he can still gain points and prize money if he beats Thiem in their final round-robin match.