Djokovic: “I really want to win every single match I play, and I try to get my hands on the trophy” 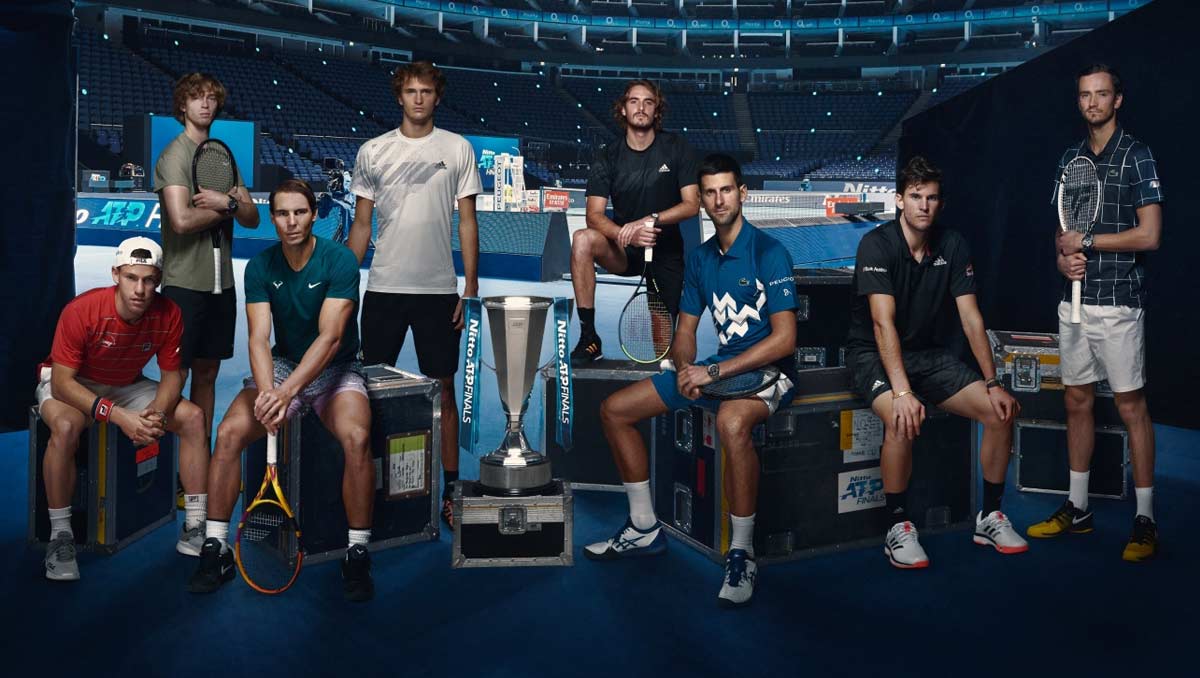 Rightly so. When he took his seat for the last of this year’s now-familiar Zoom media days, he had already clinched a record-equalling sixth year-end No1. He will pick up the trophy, at a deserted O2 arena, as play gets underway for the 12th and final ATP Finals to be played in London.

He also knows that, with victory in a week’s time, he will equal another record: that of Roger Federer’s six titles at this most prestigious of ATP tournaments.

Djokovic makes no secret of the fact that such milestones, such records are the motivation and the life-blood of his tennis career. He plays in a golden era of record-makers, an era during which he, Federer and Rafael Nadal have all surpassed what seemed insurmountable just a decade ago: the 14 Majors of Pete Sampras.

So dominant has this golden trio become, indeed, that in fewer than two decades since Sampras was proclaimed ‘the greatest’, they have occupied the No1 ranking for close to 17 years between them, a dominance broken only by the 41-week stretch of Andy Murray, whose threat to the triumvirate has been undermined by back and hip surgeries.

Certainly 2020 threw a huge spanner into the works: The coronavirus pandemic closed down half the tennis season, sweeping away Wimbledon, six Masters, and the Olympics in its path. What it did not do was dampen Djokovic’s ambitions or form.

He had already reclaimed the No1 ranking from Nadal prior to lockdown with victory at the ATP Cup, a record eighth Australian Open, and then the Dubai title. He then continued his 26 run of match-wins into the reopened season in August, winning the ‘Cincinnati Masters’ in New York.

After a default at the US Open, he went on to win the Rome Masters—handing him another record over Nadal, 36 Masters titles—before reaching the final at Roland Garros.

Then with his quarter-final finish in Vienna, and stats up to 39-3, the end-of-year trophy was as good as his—plus a new record, the oldest year-end No1.

But make no mistake: At the age of 33—younger than Federer by six years—Djokovic has plenty more time and energy in the tank, and his ambitions are, if anything, only sharpened by the milestones of his great rival. As he made clear in a long interview in Serbia with Graham Bensinger in May:

“I believe I can win the most Slams and break the record for longest No1—those are definitely my clear goals.”

And London, where the Serb has already achieved so much—he has won four titles from six finals since the tournament moved to the O2—is a significant stepping stone to his No1 ambitions. With an unexpected round-robin exit last year, Djokovic can boost his points ahead of next season, which will help to keep him on track to equal Federer in March.

He put it thus after winning the Rome Masters, where he equalled the Sampras record:

“Of course I’m aware of the amount of weeks. I’m getting closer. I’m in a very good position, I feel like. I have also been playing really well and been healthy, which is great.”

It is a message he reaffirmed to media at the O2 this weekend:

“I think the O2 arena was very successful for this event the last 11 years, and I was fortunate to have plenty of success here…

“Obviously, coming here and knowing I have clinched the year-end No1 releases some of the pressure, but it doesn’t change what I hope to achieve and why I am here.

“I really want to win every single match I play, and I will try to get my hands on the trophy. I want this trophy as much as anybody in this tournament. I’m hoping I can end my season in the best possible way.”

Djokovic begins his campaign on Monday afternoon against the last to qualify this year, No8 Diego Schwartzman, and he had warm words about the Argentine he has beaten in all five previous meetings.

“I’ll play him first time in doors… He’s never played on this court but that probably is kind of releasing him from any pressure that he has to do well.

“He’s in great form, probably been the best season of his life, had some great results in the last couple of months.” Schwartzman made the quarters of the Australian Open, the semis of the French Open, and the final of the Rome Masters.

“I have lots of respect for him, great guy, fierce competitor, one of quickest players on the tour, very difficult to get the ball past him, so have to be patient, but at the same time try to dictate the play.”

In the same pool, No4 Daniil Medvedev will play No6 Alexander Zverev in their opener. Djokovic said of these two younger opponents:

“Zverev and Medvedev are probably in the best form of any player in this tournament indoors. Zverev won two in Cologne in a row and then played the Paris final, Medvedev won the Paris [Masters] tournament.

“Those guys are very tall, they have big serves and huge weapons from the back of the court. Complete players both of them, and kind of similar styles. You have to be at your best to win against those guys the way they are playing at the moment indoors.”

Djokovic does have a winning record against both, but each has upset the world No1 in previous contests: Medvedev got two wins, in Monte Carlo and Cincinnati, last year; Zverev split two matches at the O2 in 2018, and beat him in Rome in 2017.

Yet such is the aura and the form of Djokovic that few see him falling short of another record win in a week’s time.