For Nadal and Tsitsipas, it is ‘winner takes all’ in contest for last semi-final place 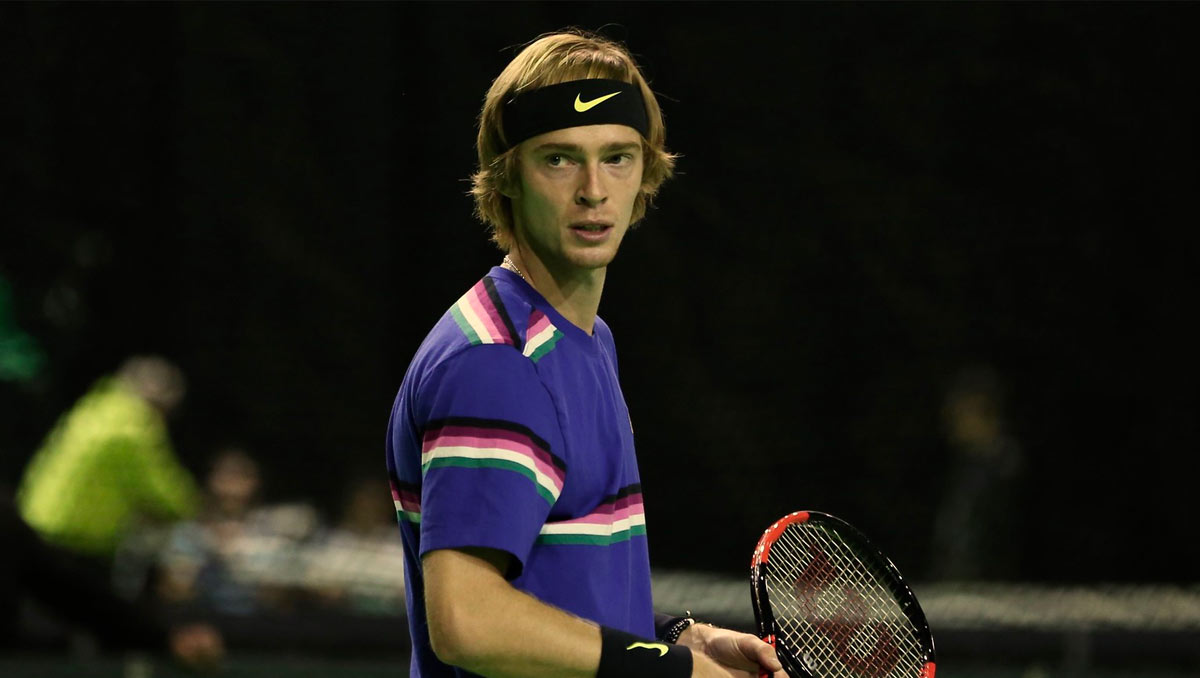 There have been years at the ATP Finals when no-one could make out who would, or who could not, advance from the round-robin matches to the semi-finals.

Sometimes, it has come right down to the last match, and even beyond, as the boffins behind the ATP scene frantically worked out who had edged into knock-out stages.

This writer remembers only too well sitting in the O2 in 2009 just as clueless as the players themselves about who had made the semis. Roger Federer, Juan Martin del Potro and Andy Murray all ended with two match wins, in the same number of sets, and were eventually separated by less than two percent in games won and lost. Finally, the announcement came: Del Potro had edged Murray—by 0.5 percent.

This year, this extraordinary, echoing, arm’s-length year, during which the tournament has been forced to play in a near-empty O2, has nevertheless delivered the easiest of scenarios.

In Group Tokyo 1970, Daniil Medvedev was already top of the group, Diego Schwarzman was out of the competition, leaving Novak Djokovic and Alexander Zverev, with a win apiece, to contest the second spot in the semis.

And it was an identical picture in the London 2020 group, where Dominic Thiem topped the quartet, Andrey Rublev would leave the fray after his third match, leaving Rafael Nadal and Stefanos Tsitsipas to fight it out for the remaining semi-final spot.

It was simple, then: Winner takes all.

Not so simple, of course, for the players to put that thought and that pressure to one side and play their best clutch tennis.

But that is what Nadal—bidding for his first ATP Finals title—and defending champion Tsitsipas had to do come Thursday night.

And while the afternoon contest between Thiem and Rublev carried no relevance for the tournament, there was still plenty to play for.

Rublev, playing in the tournament for the first time, would surely like to end his season with a top-three win, a cherry on the cake of a cracking late 2020 season. He qualified for the tournament with a career-high No8 ranking following three consecutive ATP500 titles in Hamburg, St Petersburg, and Vienna, part of a tour-best five titles this year and a tour-best 40 match-wins. And it so happened that Rublev beat Thiem in that Vienna run, his second straight victory over the Austrian.

Of course both men could earn another $153,000 for a win, plus 200 ranking points—the latter particularly valuable when jostling for position ahead of the 2021 season. Right now, indeed, the Austrian was not just after his 300th career win but jostling at the very top for the No2 ranking. It was mathematically possible for him to replace Nadal with a clean sheet of wins if Nadal made no headway in London, and that would make him the first new man since 2005 to break into the top two, a level reached only by Djokovic, Nadal, Federer and Murray. And if not now, 200 points would bring the possibility closer.

However, in the first set, with all nerves apparently left at the door, Rublev showed just how big a threat he is going to be for all the top men next season. He raced from the blocks to an immediate break, broke again to lead 5-1, and served it out in just 26 minutes, 6-2, having made 11 winners and no errors.

Thiem was making little headway, perhaps finding it hard to lift his level in the knowledge that he already topped his group, while also perhaps saving his energy for the more important semis—especially after such an intense and draining contest of two and a half hours against Nadal on Tuesday.

Rublev hit hard and early in the second set, too, breaking in the third game, then holding for 3-1. The Russian seemed to have twice the energy, twice the intent, and was playing aggressively, but a couple of wayward errors gave Thiem a break back without much effort, and a love hold took the Austrian to 5-4.

Rublev quickly got his focus back, though, hitting some blistering forehands to power through the Thiem baseline game and break at the fourth attempt: He would serve for the match, and an 11th ace sealed the deal 7-5, in just 74 minutes.

And while he may have hoped to continue to the knock-out stages, Rublev signed the camera ‘Thank you” after a friendly embrace with Thiem. And as he pointed out afterwards, his journey in London may be over, but he has won valuable points, “More than reaching the final of an ATP 250 tournament.”

Pragmatic, then, and there are few who think he will not be back for many ATP Finals to come.

Of course, the key match was yet to come. Could Nadal keep alive his hopes of this missing title, and reach his sixth ATP Finals semi-final in his 10th tournament appearance?

Nadal brought to court a 5-1 record against Tsitsipas, including their last match at the same stage at the O2 last year—though that one took three sets and almost three hours. An awful lot at stake, then, though in this case, ranking points and prize money would be the last thing on the protagonists minds.

There was nothing between them in the early goings, both near flawless on serve in the first half dozen games. Come the seventh game, though, Nadal fired in that famous piledriver forehand to work the first break points. He did not convert, but he did so at the next opportunity, courtesy of a double fault by Tstisipas, 5-4. The Spaniard served it out, 6-4, in around 40 minutes, with exemplary serving figures: 17 points won from 19 first serves—and just six times needing a second serve. He won three of those, too.

Tsitsipas was making little headway, drawn into Nadal’s rhythm, so had to change the patterns. Again, though, it was proving hard to make anything off Nadal’s first-rate serving. He had dropped only one point on serve by the time he levelled at 3-3.

But Tsitsipas was about to up the tempo, increase the acuteness of the angles, and then got the chance to pass Nadal at the net for his first break chances—two set points. And he converted to level the match, 6-4.

It was a one-set shoot-out for the semis, begun worryingly with a double fault by Tsitsipas and ultimately an immediate break as his serve went awol. He broke straight back, only for Nadal to pull off a brilliant high backhand volley, a lob, and another break. This time the Spaniard held, from 0-30 down, to open clear water, 3-1. With another break for 5-2, Nadal stepped up to serve it out, 6-2, and a semi-final place against Medvedev on Saturday afternoon.