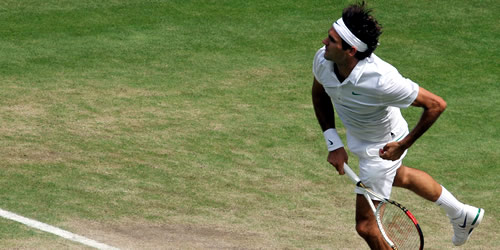 Although Novak Djokovic and Rafael Nadal had dominated the headlines and the top two ranking places since the start of the year, Roger Federer was playing out his own long-game close behind.

In truth, his plan had taken shape at the end of 2011, bouncing back from lost match-points in the semi of the US Open to advance unbeaten through Davis Cup rubbers on Australian grass and then indoors in Basel, Paris and London.

He reached the semis in Australia before going on another three-title spree on Rotterdam’s indoor courts and then the hot outdoor courts of Dubai and Indian Wells.

By the time he hit Wimbledon, Federer had also taken the Madrid Masters and closed the points gap on the top two: fewer than 3,000 points behind Djokovic and barely 500 behind Nadal. But he had still not managed to beat Djokovic since that lost US Open semi—and he drew the Serb in the London semis.

Before they would play one another, the road to No2 opened up when world No100 Lukas Rosol played the tennis of his career to beat Nadal in the second round, 6-4 in the fifth set.

It was glittering and shocking in equal measure, and Nadal’s earliest exit at a Grand Slam since Wimbledon in 2005. However, the next day, Federer came within a hair’s breadth of copying Nadal. He came back from two sets down to level in a fourth-set tie-break before beating fellow 30-year-old Julien Benneteau, 6-2, in the fifth. Clearly carrying a back problem, would Federer’s plan come unstuck in week two? A three-day break helped his cause and he motored towards second Friday and Djokovic.

Here, with perfect Swiss timing, the plan was revealed. If he beat Djokovic and went on to win the title, Federer could claim a record-equalling seventh Wimbledon title and the top ranking, thereby breaking Pete Sampras’s record 286 weeks at No1. Little wonder he began to play some of his finest tennis of the summer—beating Djokovic in four and going on to beat Murray after losing the opening set in a high-quality, highly emotional contest.

Federer would meet Murray again a month later on the very same court for the final of the Olympics. He would also continue the race to the year-end No1 with Djokovic well into the autumn indoor season, beating the Serb to take the Cincinnati title along the way. But before that, it would be Murray’s turn to dominate the quartet.

After his loss to Djokovic in Australia, Andy Murray said what everyone else could see: “I think there’s a very fine line between being No1 in the world and being 3 or 4. I feel tonight I closed [that gap]…My job over the next two or three months is to surpass him and the guys in front of me.” 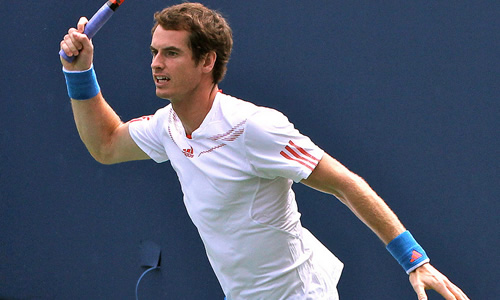 In fact he surpassed Djokovic less than a month later, in the semis of Dubai, but then lost to Federer. Djokovic got the better of him again in Indian Wells before Federer beat him at Wimbledon. But that last match was highly competitive—Murray repeated “I’m getting closer”—and with every step along the way, Murray’s face and words spoke of growing self-belief as his game matured with the help of new coach Ivan Lendl.

It was at the Olympics that his stars finally fell into alignment: a repeat of his Wimbledon final against Federer; buoyed up by a fervent home crowd; a win over Djokovic in the semis; and the knowledge that the Swiss had been detained in his semi by the toughest match of the Olympics.

It had taken Federer a record 4hrs 26mins to defeat del Potro 19-17 in the third and final set, and both men would go on to take a medal for their efforts—but not the gold. For Murray would race through the best-of-five final for the loss of just seven games.

Murray’s exploits on grass transitioned to a more lack-lustre run on the North American hard courts, but he was, it transpired, just recharging his batteries. The US Open would bring him face-to-face with Djokovic again, this time in a final, and this, like Australia, would go the distance

In their previous 13 matches, the man to win the opening set had won the match, which made the 87-minute opener, packed with demanding baseline rallies, hugely significant. It was Murray who took the longest tie-break—24 minutes—in US Open history, 12-10, and he went on to take the second set too. But Djokovic levelled to force a decider—and now Murray would prove his depth of confidence by breaking twice to win his first Grand Slam.

It was enough to take him past Nadal to No3 in the rankings but, more important, it brought to an end the 76-year wait for a British male Grand Slam champion.

Murray became, as a result, one of the favourites for the concluding title of the year—especially as it would be played out in front of a home crowd—but 2012 would take one more turn, back to its start.

Part one: It began and ended with Novak Djokovic