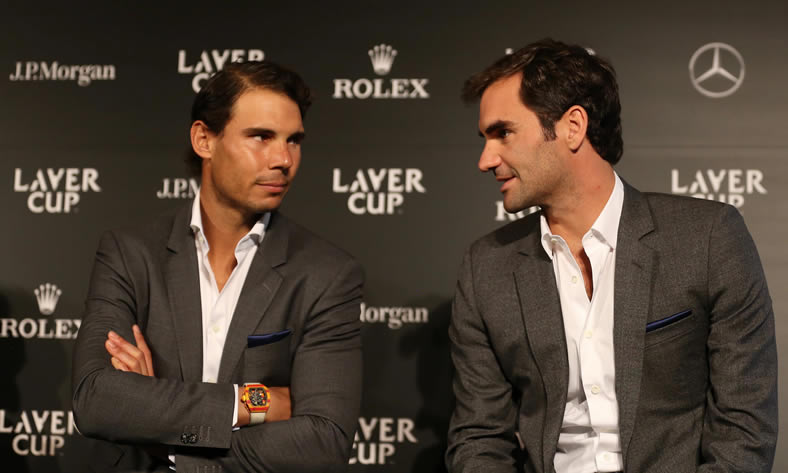 Having played only two matches against each other since 2013, two of the greatest players in tennis, Rafael Nadal and Roger Federer, re-ignited their famous rivalry in 2017 with some style and not a little success.

Four times they met, three times in finals, and not just any finals: The first was the Australian Open, the two of the others determined the champion at the biggest Masters of the year, in Indian Wells and Miami.

What is more, from No9 and No17 respectively in Melbourne following long stretches of injury absence in 2016, they have entered the home straight for the World Tour Finals in London as world No1 and No2 and the only remaining contenders for the accolade of year-end No1.

Federer, who looks to close the points gap in Basel this week, has admitted that his chances of displacing Nadal at the top are slender—and will depend upon him going deep at the Paris Masters as well as London—but even if the Spaniard has sealed the end-of-year No1 by mid-November, these two giants of their sport could well set up one more big final this year.

Federer has made no secret of his ambition to add a seventh World Tour Finals trophy to his resume, but Nadal will be at least as eager to win his first. It could be as fitting a climax as that posted in 2016 by the absent Andy Murray and Novak Djokovic.

On the way, however, Federer and Nadal’s remarkable season has brought them into opposition for a clutch of ATP Player Awards, which will be presented during the London tournament.

Both are nominated for the Stefan Edberg Sportsmanship Award, both for the Comeback Player of the Year Award, and both always figure highly in the Fans’ Favourite Award.

All that, and the Player of the Year Award—which is given to the year-end No1. And perhaps that is only right for the two 30-somethings who began their 38-match rivalry well over 13 years ago, and have bounced back this season to record the best match-records of 2017: Federer six titles and a 44-4 run; Nadal six titles and a 65-10 run.

However, if these two have no rivals this autumn for the Player of the Year Award, there is plenty of competition throughout the other categories.

NB Denis Shapovalov is the only 18-year-old in top 100, and cannot now be usurped by another player

ATP Coach of the Year: ATP coach who helped guide players to higher level of performance during the year. Nominees to be announced on 30 October.

Singles: any player in top 25 Race to London as at 15 September

Doubles: any team in top 15 Race to London as at 15 September