ATP World Tour Finals 2013: Marianne Bevis brings us some words and pictures from the top players at The O2 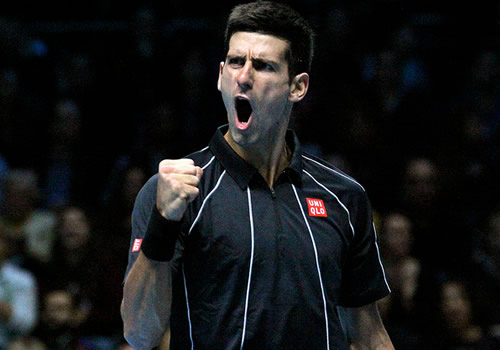 Eight men, eight days, and more than a quarter of a million fans—and it all comes down in the end to the top two players in the world this year: Rafael Nadal and Novak Djokovic.

But all of the outstanding eight, those who earned their place on one of the finest tennis stages after almost 11 months of sweat, toil and, of course, wins, have all played their part in making the ATP World Tour Finals the spectacle it is.

For unlike all the tournaments that got them here, this one is not over with one loss. Ask Roger Federer who drew Djokovic in his first match here, or Stan Wawrinka, who drew Nadal. Both lost in close contests but both went on to reach the semi-finals.

And spare a thought for David Ferrer and for Richard Gasquet: Both playing a ‘dead’ third match knowing they were already out of the competition.

But whether here for the 12th time—like Federer—or for the first time—like Wawrinka—or whether a defending champion—like Djokovic—or without a title throughout 2013—like Tomas Berdych—every one of them thrilled to the pleasure and pain of this unique event.

Here, in the words of all eight, are some of the highs and lows, some reasons for joy and reasons for irritation, but all as one about this special venue, atmosphere and tournament. 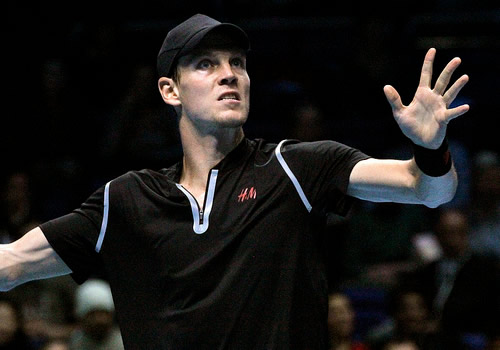 “The reason why you practise hard every single day, try to be better and better is just for this. When you step on court here at this arena, it’s one of the best feelings you can get on a tennis court. It’s very close to compare with Centre Court in Wimbledon. This atmosphere is very unique, very special. I really enjoy it.” 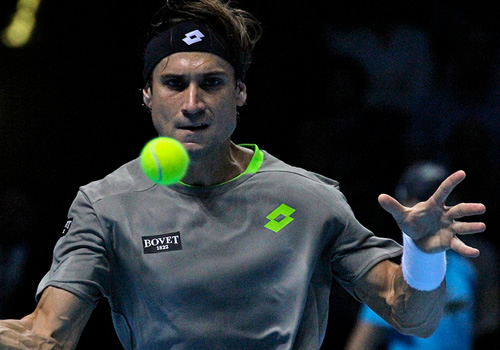 David Ferrer, after losing his second match in straight sets to go out of the tournament:

“I played seven tournaments seven weeks. I did final in Stockholm, final Valencia, final Paris, and three matches here. Is too much. But now I know it’s too much. Before, I never knew it. I did three finals in three weeks, no?”

But then reflecting on his best year, at the age of 31: 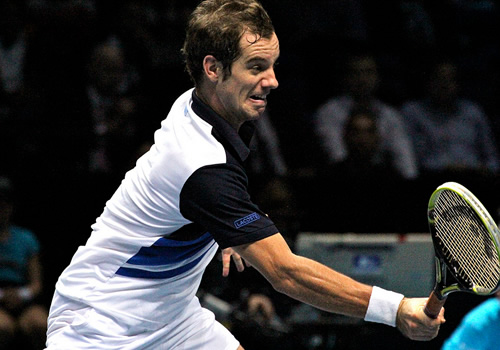 Richard Gasquet, the reserve player in 2012:

“Last year I saw the wonderful stadium. All the time it was full. It was important for me to qualify this year. It was my goal at the start of the season. So I’m here, and I’m proud to be there with all these great players. The atmosphere is very, very nice, it’s the best court indoor I ever played on. I think it’s wonderful. The court is perfect.”

“It’s always difficult for me because I know him since I was a child. I will try my best: Why not win one time in my life? Because I lost many times!” 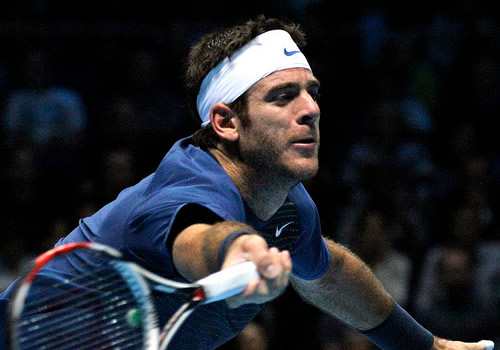 Juan Martin del Potro, on the effect of being robbed as he left Paris:

“Is tough to enjoying the fantastic tournament after my really bad Saturday. I like to play tennis. I enjoy a lot my work. But someone took some part of my life, you know. It’s tough to not think about that.”

And showing his witty side:

“Federer said the court is slow, Djokovic said it’s fast. What are your thoughts on the speed?

Novak Djokovic, on preparing for London after winning three titles:

“This is where you want to do well… I just feel well at this particular part of the year. I know most of the players are exhausted physically, mentally, emotionally, after a long season. But, you know, I try to find that as an opportunity for me, you know, to get extra motivated to kind of push myself to the limit and deliver the goods when needed.” 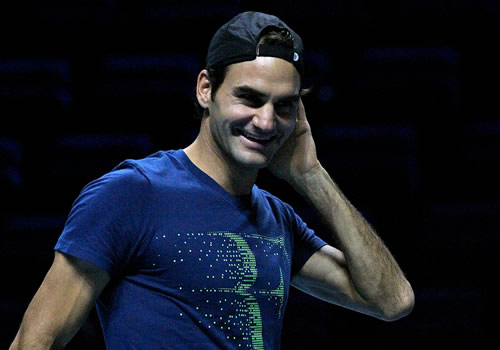 Roger Federer on the London atmosphere:

O2 is special to me just because it’s nice being the last eight of a tough year. Great stadium, great light show. I really appreciate all the support I get anywhere really, but particularly here in London where I’ve celebrated some of my biggest victories.”

And showing, despite the smile, a sharp edge to his tongue:

Federer: Maybe. So what do I do in those situations? I try to win. So thank you for the reminder.”

And the coping with pressures off court:

“That’s what people never talk about, write about, because everybody assumes we’re always okay, we’re always happy and we’re always feeling great. In the personal life, everything is wonderful. It’s not always the case. We have problems of our own, sometimes smaller, sometimes bigger. But I think it’s important when it comes to the crunch and you walk on the court, you try to block that out. Not always easy.” 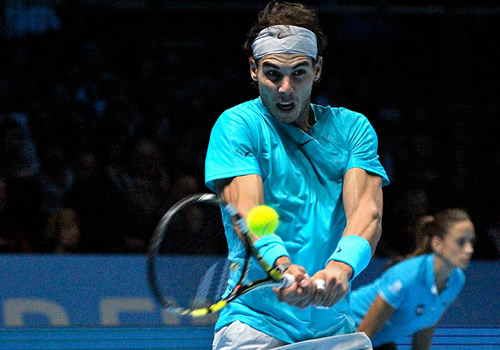 “It is a fantastic stadium. Is a stadium that I really love. Is one of the best stadiums that I ever played. I enjoy every time. First of all, playing here is because you had a great season, and same time the atmosphere, the combination of lights, you know, is great. I really enjoy so much.”

And on the emotion of reclaiming No1:

“Was one of the best things that I did in my career: come back to the No1 after three seasons. That’s very difficult in our sport, and after a very important injury. That’s an emotional thing for me, for sure… Just can say thank you very much everybody. Really, all the support that I had around the world, I had probably more support than ever. All that support was really, really important for me, really emotional.” 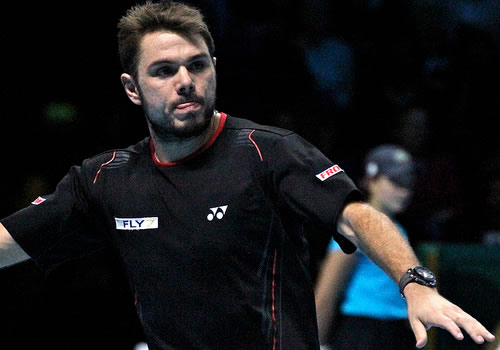 Stanislas Wawrinka, on the support in his opening match:

“They wanted Roger, but they had me (smiling).”

And on his best ever year:

“Amazing year. I still am really, really happy with my year. For sure I didn’t expect to play well all the year. I didn’t expect to be here at the end of the year, to play the semi-final. I saw so many important matches, and victory against top-10 guy. It proves my level is there, it’s where I am. That gave me a lot of confidence for next year. I still think that I can improve. I just need to find the way how and to do it for next year.”