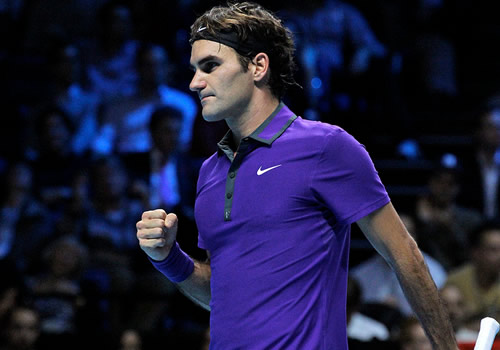 It is three days into the Paris Masters, the last ATP 1000 of the year, and already four men who began the tournament with hopes of reaching the tour’s grand finale in London have fallen out of contention.

The one of the four who had most promise, who had reached the ATP World Tour Finals three times and been a finalist in 2011, was Jo-Wilfried Tsonga. His cause this year was not helped by a long absence with knee injury from Wimbledon until his return to Metz in late September.

Tsonga’s cause was further hit by drawing the highest ranked man not to be seeded in Paris, Kei Nishikori, for his opening match. The Frenchman lost their encounter by a whisker in the final set tie-break, but that took him from ninth in the London reckoning to nowhere.

The other three outsiders to fall by the Paris wayside had to swallow three very different but equally bitter pills.

Tommy Haas, aged 35 and at his highest ranking for six years, needed to win the Paris title but found himself in a tough draw that promised Federer in third round, but threw in the talented Philipp Kohlschreiber in the second—and Haas, clearly struggling with stiffness in the hips, was no measure for this compatriot’s composure and stunning backhand. He went out, 6-2 6-2.

Mikhail Youzhny, who surged to 13th in the race after winning the Valencia 500 title at the weekend, was forced to retire injured during a third set against Kevin Anderson.

Nicolas Almagro, at No12, kept his hopes alive with a strong one-hour win over Ivan Dodig only to see his chance snatched away as soon as Stan Wawrinka won his opener.

In fairness to the Swiss, who is second only to Roger Federer in the race to London, he had no room for error after losing his first-round match in Basel last week. There, he was a shadow of the man who strung together some thrilling runs at the Grand Slams this year, and especially his storming performances to reach his first semi-final at the US Open, beating Tomas Berdych and Andy Murray. Only the top seed Novak Djokovic could stop him, and that in a fifth set.

In Basel, though, keen to impress his home audience, he was gripped by nerves. All the more impressive, then, that he bounced into Paris to survive a really tough opener against another big-hitting single-hander, Feliciano Lopez. It took three sets, but it kept Wawrinka next in line to reach a career-first place in the World Tour Finals.

The man right on the tail of the two Swiss players was Richard Gasquet, and he showed precisely why he is in such close order for London.

Also with a first ever US Open semi appearance this year, and his first Grand Slam semi since his first one back in 2007—at just turned 21 years old—he arrived in Paris on the back of the Moscow title. And he turned on the style against Fernando Verdasco to take his year’s tally of wins to 49.

The two men played one of the matches of the tournament so far, and Verdasco, having already beaten the in-form Ernests Gulbis in the first round, stayed with Gasquet through a gripping, two and three-quarter-hour three setter. But the Gasquet performance reinforced the Frenchman’s claim on a place in the season finale for the first time since that headline-making 2007.

The win kept Gasquet in the vital 8th spot, and with one other man still chasing him.

With Tsonga out, No9 in the race was now taken by Milos Raonic, though the young Canadian has at the very least to reach the final to keep his hopes alive.

But by the time Raonic took to court in the very last match of this crucial Wednesday, one of the three remaining seats on the plane to London was gone.

Federer—uncharacteristically tardy in confirming his spot—could guarantee qualification by winning his first match against Anderson.

The Swiss had never played the 6ft 8in South African before but would have been well aware of the considerable fire-power he possessed. Anderson stood at 21 in the rankings despite winning just two matches in his last seven tournaments, and was certainly a dangerous man to meet with so much at stake, especially on a fast hard court. Could Federer seal the deal and reach the World Tour Finals for the 12th consecutive year?

Buoyed up perhaps by one of his best matches since he won his only title of 2013 in Halle, his losing final against Juan Martin del Potro in Basel just four days ago, Federer looked in convincing form in taking the first set 6-4 and even stronger in making two breaks to lead 5-2 in the second.

But he played a nervy game in attempting to serve out the match, was broken, and then faced 15-40 on serve, giving break points for Anderson to draw level. To the relief of fans in Paris—and those heading to London in a few days’ time—he found some clutch serving to hold 6-4 for the match, and to confirm year No12 at the season’s denouement.

Federer has won the World Tour Finals, formerly the Masters Cup, six times, but has scored only one win against a top-10 player this year—and that player, Tsonga, will not be in London. Even so, as runner-up last year, owner of one of the best records on indoor courts, and apparently coming back into form after what he himself has described as a difficult year, his presence will provide a huge boost to the tournament.

So there are two places left and three men still able to fill them—though there could be a ‘reserve’ berth for the third. Only Paris can decide.

Paris Masters 2013: Stan Wawrinka looks like ‘the man’ for London