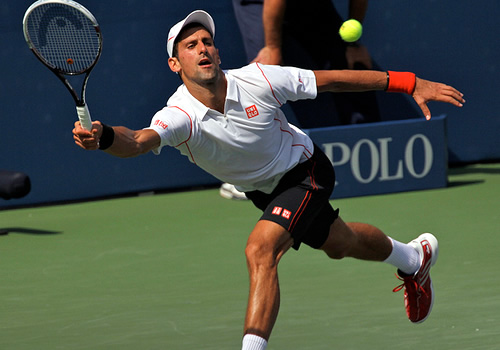 Novak Djokovic and Roger Federer will meet in the group stage of the ATP World Tour Finals in London on Tuesday 5 November – and tickets for the match are still available on viagogo.

Defending champion Djokovic, who beat Federer in last year’s final, also won the title in 2008 when the event was held in Shanghai.

Federer and Djokovic were paired together in Saturday’s draw and are joined by Juan Martin del Potro and Richard Gasquet in Group B.

Federer has won the ATP World Tour Finals on a record six occasions and is appearing at the season finale for a record-tying 12th successive year.

Djokovic got the better of the Swiss maestro in the semi-finals of the Paris Masters on Saturday, when the Serb came from a set down to win 4-6 6-3 6-2 for a place in the final.

That match was the pair’s first meeting of 2013, so why not book your place to see their second clash of the year at The O2 in London on Tuesday?

Paris Masters: Djokovic makes it three in a row with his 40th title