ATP World Tour Finals 2013: Tomas Berdych thrilled to be back

ATP World Tour Finals 2013: Tomas Berdych reveals his delight at being back at the season-ending tournament in London 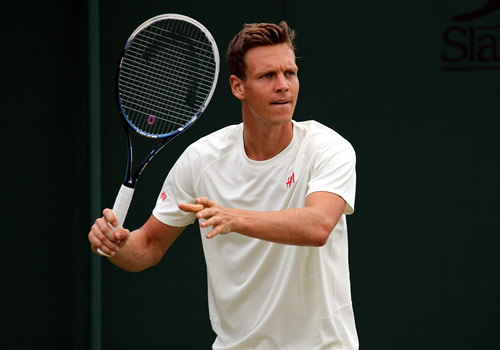 Tomas Berdych has revealed his delight at being back at the ATP World Tour Finals in London after a “great season” for the world No7.

The 28-year-old is competing at the season-ending tournament for the fourth time after reaching a career-high ranking of No5 this autumn.

The Czech has reached the quarter-finals or better in 15 of 22 tournaments this season – and he believes his consistency has been key to a successful 2013, despite his failure to win a title.

“It’s been another consistent season which means I can be sitting here again for the fourth time in a row,” said Berdych.

“This time, it was not easy at all. It’s proof that it was a great season from the beginning until the end. Of course I will find some negatives.

“Many will say that I didn’t win a title through the year, but I managed to make three finals, it was a consistent year.

“[It’s] hard to define one specific detail. It’s not going to be about that. It’s about the daily work on my game, trying to move it by small steps, and you never going to be perfect, but you try to get as close as possible, and improving, working hard every day. That’s the best way.”

Berdych takes on Stanislas Wawrinka in the first of the round robin matches at The O2 on Monday.

He has lost his last two matches against the Swiss, at this year’s US Open in four sets and Madrid Masters in three.

“I’m going to try to bring my best game,” he said. “I’ll try to start with the first win in the group. And Stan is going to try and do the same.

“I’m really looking forward to the match. I think it’s going to be a very good one. I played him last time in the US Open, where he was playing really, really well. So it’s a great challenge for me to start with.

“This time, the conditions will be more stable than outside. Not windy, I think the court and the balls are very similar to the US Open than that.”