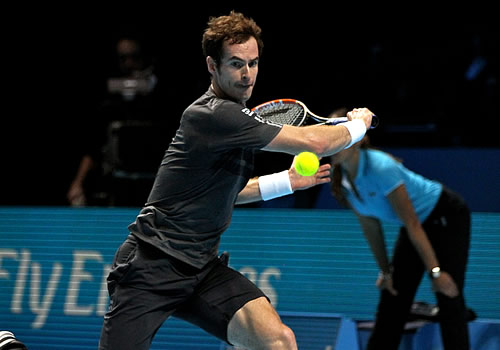 Andy Murray admits that he is facing an uphill battle to reach the last four of the ATP World Tour Finals after Sunday’s opening defeat by Kei Nishikori.

The British No1 lost 6-4 6-4 at London’s O2 Arena in his first Round Robin match and will need to improve ahead of Tuesday’s clash with Milos Raonic.

“Obviously it’s harder to qualify when you lose your first match,” said Murray. “That’s pretty obvious. But unlike the other events, you still have a chance to go through.

“If this were anywhere else, I would be out of the tournament. You need to try to forget about today, work on some things tomorrow, and hopefully play better on Tuesday.”

Despite his recent hectic schedule, Murray insisted that he did not suffer from fatigue against his Japanese opponent.

He added: “I felt OK on the court today. I don’t think that was the reason why I lost the match. I guess if I was to play a three-hour match which was extremely physical then maybe I would feel fatigued in the latter stages of a match like that.

“But obviously now I need to win my next two matches more than likely, and win them well if I want to go through.

“That’s going to be tricky because Milos obviously played fantastic last week in Paris, and Roger always plays well at this event.

“So I’m definitely going to have to play better if I want to get through.”