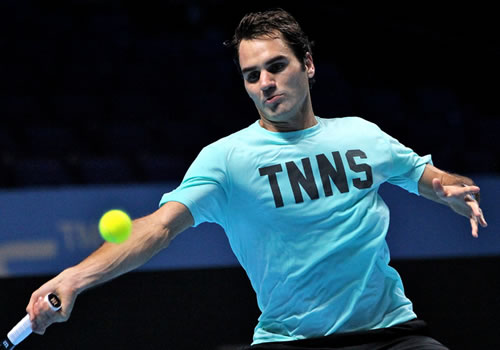 Roger Federer is braced for a “tough” test when he faces off with Andy Murray at the ATP World Tour Finals next week.

The 33-year-old has been drawn in the same Round Robin group as the British No1 as they compete for the season-ending title at London’s O2 Arena.

Federer has a 11-11 head-to-head record with Murray, who is competing on home soil for the first time since his quarter-final Wimbledon exit at the hands of Grigor Dimitrov back in July.

“I was actually quite surprised how well I’ve played him in the past,” said Federer. “I thought it was going to be hard, thought maybe a couple of times I was going to lose as well. But things went very well for me against Andy in the past.

“I don’t feel necessarily the surface is crazy helpful for me or him, I think it’s a very even court for any player. He plays well indoors.

“There’s no reason for him not to do well here and he’s shown that in the past. Clearly having him in my group is going to be tough.

“I have a difficult head-to-head with him and playing him in London is a bigger challenge than somewhere else in the world, I would say.”