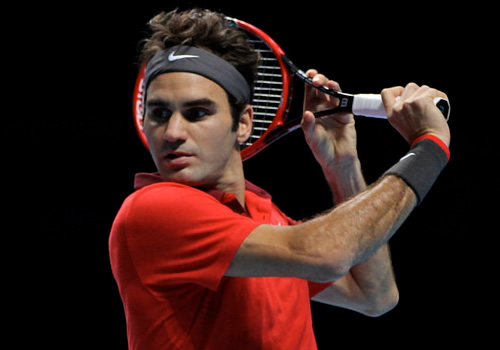 The scenarios could not have been more different for the two players who would bring down the curtain on Group B, Roger Federer and Andy Murray.

A day that had begun with 10 permutations for qualification between four men, passed through a detour that saw Milos Raonic withdraw from his match against Kei Nishikori to be replaced by David Ferrer.

And the result of that contest would have big repercussions for the Swiss and the Briton.

Ferrer was certainly not at his healthiest, carrying a cold and a back problem. But the spirited Spaniard, who had qualified by right for the last five ATP World Tour Finals, had no hesitation either in coming to London as an alternate, nor in performing in the one match he was called upon to play.

With a certain sense of irony, it would become the first three-setter of the week, a fine match that produced some fine tennis from the No5 ranked Japanese man. After dropping the first set, though, world No5 Nishikori surged to a win that could earn him a place in the semi-finals.

For two remaining scenarios, courtesy of that battling Ferrer, were stark: Unless Murray beat Federer in straight sets, he would see Nishikori take the second spot to Federer’s top finish in Saturday’s semi-finals. 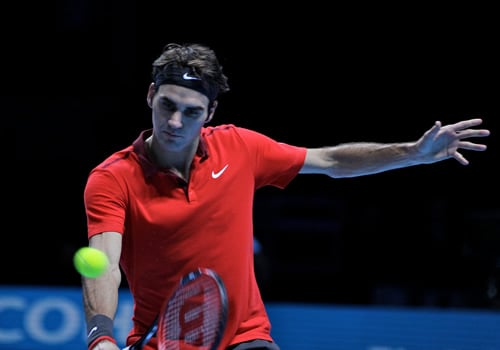 However, if Murray did win in straight sets, he would not just qualify but finish top of Group B. And that would provide enough incentive for Federer to go all out for at least a set to avoid the likelihood of facing the defending champion and world No1 Novak Djokovic in the semis.

And there were other incentives.

Both, too, arrived here on a tide of wins. Federer was already on 70 wins for the year, and going for a career 250 wins indoors. He had won five titles from 10 finals, including the Cincinnati, Shanghai and Basel crowns since reaching the Wimbledon final. Murray was aiming for his 60th win of the year, having played six back-to-back weeks and tournaments to win three titles since he US Open.

And then there was the question of the vast O2 crowd.

Murray was under no illusions, as he revealed in the blog he writing for the BBC this week: “The crowd will probably be more split when I play against Roger but that’s no surprise. I’ve played him all over the world; in Asia, America, Australia, Canada and Europe, at Wimbledon and three times at the O2, and pretty much everywhere he goes he gets very good support.”

With so much on the line—especially for Murray—who would the 18,000 support for this one?

In the event, the crowd had little role to play except in trying to spur Murray on. For after winning the first two points of the match against the Federer serve, he would win only six more in the set to concede the opener, 6-0, in a blur of 24 minutes that exhibited Federer magic at every turn.

Aside from Federer’s first serve, which was uncharacteristically low throughout the match, he took control from the baseline, defended with alacrity through a handful of probing rallies, and then hurtled to the net at the drop of hat.

On his own serve, he glided in to make first-strike winners, and on his second serve, favoured a blistering off forehand to open the court, tease Murray forward, and then lob of pass. Given the glimmer of an opening, he also rushed to the net on Murray’s serve. It was cruel but brilliant, and the crowd was in a state of shock—and dismay.

For already, Murray had drawn a line under his campaign in London, and though he did not give up—that is far from his style—the tennis continued in the same vein.

Federer’s first serve level was still perilously low, but he did not lose a point when it hit the mark, nor face a break point, throughout the match. And not until 5-0 in the second set did Murray get on the scoreboard.

It’s very disappointing. I would have obviously have hoped to do a lot better

The arena erupted but there was clearly no way back. Federer put him out of his misery, 6-1, in 56 minutes.

It had been a match of two halves: Federer’s half and Murray’s, and they could not have been more different. And rightly, Federer enters the semis at the top of his group, his 12th semi in this tournament—equal to Ivan Lendl’s record. He also rounds up his indoor career wins to 250 matches.

Federer offered the crowd a note of optimism: “It’s not the way I thought it was going to go, but there’s always next year for Andy and hopefully he can have a good season.”

Murray was disappointed, pragmatic, and determined to work harder during what is now the end of his season: “6-0, 6-0, that’s never happened to me in my career. I think 6-0, 6-1 has maybe happened once to me before. So it’s very disappointing. I would have obviously have hoped to do a lot better.

“When he’s extremely loose like he was tonight, he was able to maybe try some shots that he might not try in other situations. But everything he tried came off. He has the ability to do that.”

Perhaps this time last year, few would have predicted the kind of season that Federer has put together. Only once since 2006 has he played more matches in a season, and that was when he last claimed the No1 ranking in 2012, and he is just one shy of that total of 83 matches.

But perhaps even fewer anticipated that this 33-year-old father of four would also be playing the same kind of charismatic tennis that he had in 2012.