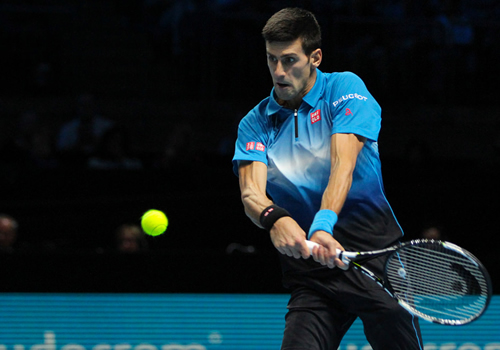 Novak Djokovic in action at The O2 Photo: Marianne Bevis

With the ATP World Tour Finals at the half-way stage, two of the four semi-finalists are already in the frame, and barring a major upset, those two names look set to top their respective pools.

And no, the two are not the top seeds, Novak Djokovic and Andy Murray, who have both won a match and lost a match as the tournament heads to the decisive final days of round-robin action.

Top of the first pool is six-time champion Roger Federer—who stormed to his third victory this year over the world No1 Djokovic—and he can only slip to second in his pool if he is beaten by Kei Nishikori and Djokovic is beaten by Tomas Berdych.

Top of the second pool is another familiar face, Rafael Nadal, who by finding some of his best tennis of the year, has beaten Murray and Stan Wawrinka in straight sets to seal his place at the top of the pool.

So the final four, and the order in which they fall, will not be known until the last match in a block-buster Friday night, the first meeting in over two years between Murray and Wawrinka. But until then, there have been plenty of quotes and images to occupy the brief hours between savouring the best of the best and their see-sawing fortunes.

Here are just a few.

Djokovic on how to avoid complacency after dominating the season: “I accept every single day of my life as a new day… I have so much motivation and a lot of sources of inspiration to keep working and practising. I love the sport. I love going on the practice court. It doesn’t bother me. It doesn’t put weight on my shoulders. Of course, I have days where I don’t feel that inspired to hit for two hours, but I look at the big picture.”

Federer on his low expectations against Djokovic: “I wouldn’t have picked it maybe before the tournament, just because of his really good record indoors, the year he’s had, especially with the run he’s been on. I focused more on beating Berdych and Nishikori and let’s see what happens against Novak. That shows me that I didn’t expect this victory.” 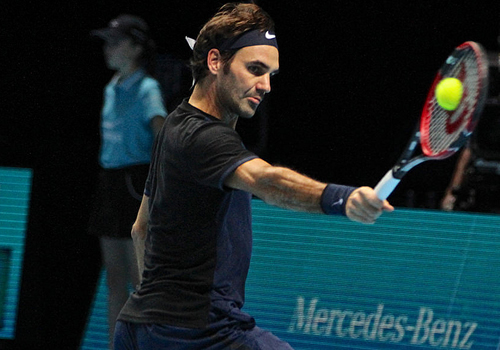 Wawrinka after loss to Nadal, asked if he was bothered by the speed of play: “Today I was bothered with everything… He played the match he needed. I wasn’t there today. That’s it.”

Murray on concerns about playing the Davis Cup final in Belgium: “Well, I think everybody right now is concerned about things. But I do think the best thing that we can do is to live our normal lives, not change too much, because then the terrorists are the ones that are winning. We need to go out there and do what we always do. I don’t want to live my life in fear each time I step on a tennis court. So that’s what I’ll do.”

Frenchman Pierre-Hugues Herbert, after failing to serve out their opening match [alongside Nicolas Mahut] in doubles round-robin: “I don’t know: A lot of things happen in the head. We had the dream match, 6-3, 5-3, serving for the match, 30-0, 40-30, two match points. You’re serving, and from one second to the other you’re not there anymore. You’re making three double-faults in one game, then the others come back. They see it, they get confident and they play better and better. At the end you lose.” 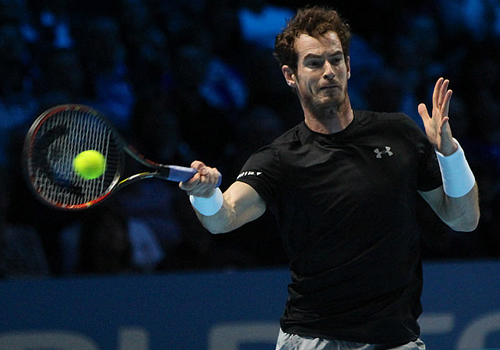 Djokovic on the refugee crisis: “The cause is the war back in their country. You can’t blame these people. If they don’t have a house, have nothing, where are they going to go? Of course, they have to search for some better place to live. I think it’s an obligation of all the countries to give them this right, from the International Constitution of Human Rights. I’m very proud as a Serbian seeing what my people have done for these migrants, people that have suffered so much. They offer them that shelter, home, food and drink. That’s the most basic thing in life.”

Nadal on coming back from injuries this season… “[Banging the table for emphasis] I’ve had none. I’ve not won matches, yes. But not because of injuries. Because I wasn’t enough good!”

… and on preserving perspective: “At the end of the day it’s sport. Has been hard. Has been as hard as can be. Don’t play well, don’t feel comfortable on court. The thing in life is, there are for sure many more important things in life than tennis, no? I was not happy the way that I was working on court. At the same time is only a game. When you see all the things that happen sometimes around the world, that’s nothing. That’s the world that we live here in tennis. Is a completely a small thing, and that’s it.” 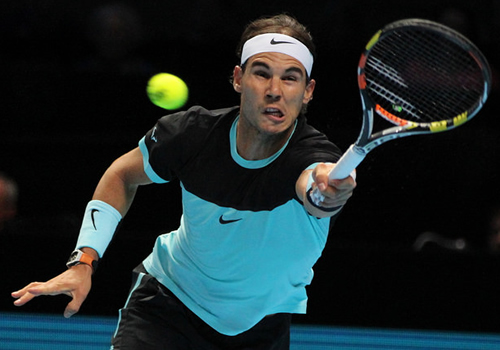 Rafael Nadal appears to be getting back to his best Photo: Marianne Bevis

Nishikori on playing final round-robin against Federer, who is nearly a decade older: “Actually he doesn’t really look his age, 34, I think. He’s still improving himself, playing great tennis, even if he’s 34. He doesn’t look old to me. It’s a great honour to play Roger… I actually never think about age on the court.”

Murray on trimming his hair mid-match against Nadal: “I don’t know why such minor things make such a big deal to you guys. I had some hair in my eye, and I just wanted to get rid of it. That literally took two seconds. That was it. It was nothing to do with [David Cup] next week or anything to do with the outcome of this match.”

Djokovic on Federer taking the ‘wrong’ seat on court [identified by named towels]: “Yeah, I saw that. But I think you’re not advised when you come onto the court which bench you should take. It’s completely your choice. I don’t think that was his tactical approach [smiling], to mess around before we even hit the first ball. I don’t think that was on his mind. You can ask him, but I don’t think so.” 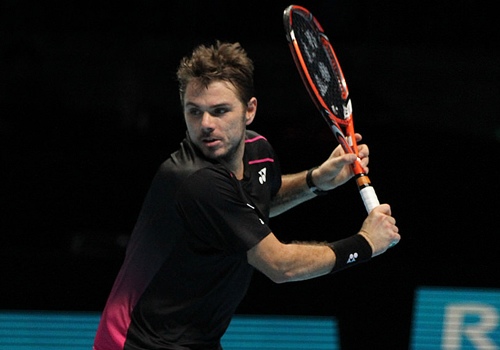 Stan Wawrinka was frustrated by his loss to Rafael NadalPhoto: Marianne Bevis

Federer’s reply to the same question: “Took the wrong chair? OK, a towel doesn’t mean much to me, to be quite honest. I’m not going to be pushed by a towel. I sat on that chair when I walked out against Tomas. I said, I’d like to sit here again. I walked out first. Usually the guy who walks out first decides which side he wants to sit. That’s the rules to me, not a towel. Maybe to you a towel matters more. To me a towel is to take a shower with.”

Murray on the round-robin format: “I don’t think that’s a question. That’s your opinion. You’re basically telling me that the format is wrong. I’m not trying to finish second in the group. I’m trying to win every match that I play. I hope that’s how all of the players view it. Some people might have different opinions—that’s fine… I don’t think it’s right to tell me that the format is wrong, that I would rather finish second than first, when that’s not true in my mind.”

Djokovic after suffering just his sixth match in 2015, his third to Federer: “You have those days when you’re not feeling your best, not even close to the best. Credit to Roger for mixing up the pace, giving me always a different ball. He used the slice and spin very wisely. He served very efficiently. I made a lot of unforced errors. Just handed him the win, especially in the second set. But that’s sport. Sometimes these kinds of matches, these kind of days happen.”