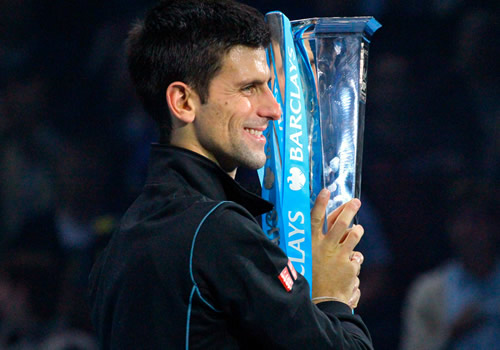 In the 48 hours following Djokovic’s win, which saw the Serb deny Federer the chance to become the first man to win 18 Grand Slam singles titles, tens of thousands of tennis fans across the country searched for the next opportunity to see their tennis idols in action in the UK, with Sunday’s Wimbledon victory guaranteeing the new world No1 qualification for the season finale.

A viagogo spokesperson said: “Following the exciting climax to the Wimbledon Championships, the appetite for men’s tennis is more intense than ever.

“Fans are clamouring to see both established stars such as the likes of Djokovic, Rafael Nadal, Roger Federer and Andy Murray, and the new crop of younger players including Grigor Dimitrov, Milos Raonic and Kei Nishikori.

“As the last major tournament in the tennis calendar, it’s no surprise we’ve seen ticket demand rocket for the Barclays ATP World Tour Finals in the last 48 hours.”

Djokovic is the defending champion at the ATP World Tour Finals, which are the climax to the men’s professional tennis season and take place on 9 – 16 November at The O2 in London.

Viagogo the official ticket exchange for the ATP World Tour Finals, the French Open and the BNP Paribas Masters.