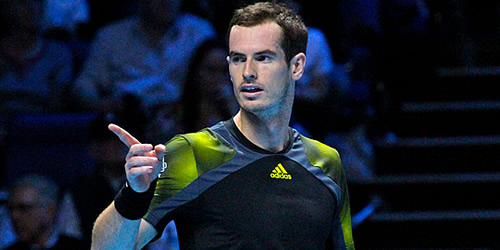 As if the tension surrounding the Australian Open draw was not enough, the bizarre half-hour spent waiting for defending champions Novak Djokovic and Victoria Azarenka to arrive, via boat, to the waterside ceremony certainly made it so.

Buried amongst the stream of facts that filled minute after minute of the live stream from Melbourne was that 2013 is the first year since 1998 that both defending champions are also the No1 seeds.

Back then, it was Pete Sampras and Martina Hingis, and their campaigns unfolded with very contrasting storylines. Hingis went on to win the title again, and then won a third in 1999.

For Sampras, though, the end came in the quarter-finals against world No25, Karol Kucera, and he would not reach an Australian Open final again.

The quarter-final opponent for Djokovic could also be dangerous: the No5 seed Tomas Berdych. And to continue the 1998 comparison, the winner then was No6 seed Petr Korda. This year’s No6? The only Grand Slam champion in the draw not called Djokovic, Roger Federer or Andy Murray: Juan Martin del Potro.

It was the placing of the draw’s four Grand Slam winners—particularly in the absence of Rafael Nadal with injury—that gave the occasion its tension. With Djokovic and Azarenka welcomed and dispatched—for they were not involved in the draw itself—the die was cast. And as luck would have it, Federer, Murray and del Potro all fell into the bottom half.

The biggest question became, therefore: Which of the three is most likely to meet Djokovic in the final?

Djokovic is bidding to become the first man to win three consecutive Australian titles in the Open Era and, in contrast to last year, when he had to beat both Murray and Nadal in five-set thrillers, this year he knows he has only to beat one of the top four.

Djokovic has a decent run in the early stages, too, with No5 Berdych the biggest threat—and the Serb has an 11-1 advantage over the Czech, including Shanghai and the WTFs at the end of last year.

Djokovic’s opener, against the talented Paul-Henri Mathieu, will be nice test, though the Serb has been warming up away from ATP competition, winning at the Abu Dhabi exho knock-out event in December and then in the Hopman Cup, beating Tommy Haas and Fernando Verdasco—the latter an alternative, though unlikely, quarter-finalist.

Against the others in his segment—Radek Stepanek or Feliciano Lopez, then Sam Querrey or Stan Wawrinka, he should have few problems, though he lost his last match to Querrey at the Paris Masters, and the American reached the semis in Auckland this week.

Berdych’s run to the quarters also looks pretty trouble free: Jurgen Melzer has been in poor form—and possibly faces Chennai finalist Roberto Bautista Agut in Round 2, while Juan Monaco has never beaten the Berdych. The Czech has also been little troubled by Verdasco over the years and, in any case, Kevin Anderson, a finalist in Sydney this week, may advance to the fourth round in his stead.

Ferrer, now 30 years old, won the most tour titles and matches in 2012, and enjoyed his best ever Grand Slam year: two semis and two quarters. He also reached the semis in Australia in 2011—albeit against a Nadal with knee injury. He comes to Melbourne knowing that, in Nadal’s absence, he will overtake his compatriot in the rankings for the first time, and he could well work his way to another semi.

His draw poses Ivo Karlovic, now ranked outside the top 100, and Marcos Baghdatis, who made the seedings courtesy of a semi run in Brisbane. This was the site of the Cypriot’s greatest success, reaching the final in 2006, and he put together some decent wins—Milos Raonic and Monaco among them—in the latter stages of last year. A Round 3 Ferrer-Baghdatis face-off could be intense and entertaining.

Next is Mikhail Youzhny or Kei Nishikori, the latter beating Ferrer at the Olympics but with knee problems. But it’s the bottom segment that looks exciting, promising a replay of one of the matches of the 2012 US Open between Ferrer and Janko Tipsarevic. But the No2 Serb has his work cut out, first facing home favourite Lleyton Hewitt, in a 17th straight Australian Open and in blistering form: He beat Raonic and Berdych at the Kooyong Classic this week.

And that’s not all for Tipsarevic. Rounds 2 and 3 could throw up danger men from the younger end of the spectrum, first Grigor Dimitrov, who reached his first final in Brisbane, and then the fast-rising No 24 seed, Jerzy Janowicz, who blew Tipsarevic off the court in their only meeting in Paris last November. Also lurking in this segment are Julien Benneteau and Nicolas Almagro.

After his breakthrough to the US Open title, backing up his Olympic gold run, Murray’s hopes of converting his two previous final finishes in Melbourne into a title must be high. Like the man he beat in New York, Djokovic, he enjoys these hot, hard courts—and he comes to the Australian Open having defended his Brisbane title. However, to reach another final against the Serb, Murray faces the prospect not only of a Federer semi but also a quarter against del Potro.

Up to that point, however, things look pretty straightforward for both men. Murray won’t forget going two sets down to Robin Haase at the US Open in 2011 before coming back to win but the Dutchman had a 19-28 win-loss ratio last year, winning just one match since the Olympics.

Florian Mayer, Murray’s first seed, can spring surprises but is not in the Scot’s league, but it is tough to predict who will come through to the fourth round. Alexandr Dolgopolov has an intriguing first match against the returning Gael Monfils—a semi-finalist in Auckland—and both can be brilliant or wayward. The winner will probably meet Gilles Simon, who has reached the quarters in Australia before, but he seems to suffering from neck problems again—and has beaten Murray only once, back in 2007.

Del Potro’s route starts easily but he is scheduled to meet 2010 semi-finalist Marin Cilic in the fourth round. The head-to-head, 7-2, is squarely in the Argentine’s favour, and he won all four of their 2012 matches.

He and Murray have not met since 2009, and del Potro now looks close to his best again, judging from his end-of-season run in 2012. This one would be worth burning the midnight oil for.

Federer is one of the few players in the draw to refrain from competition in the run-up to Melbourne. Instead, he opted for extra practice time, and was one of the first to appear on Rod Laver almost a week ago. And he will need to be well prepared if he is to claim a fifth Australian title.

He opens against one of the up-and-coming young players, Benoit Paire—tall, flamboyant, unpredictable and just outside the seedings. He beat Cilic to reach the semis in Chennai, and scored a number of big wins in his breakout season last year. When he lost to Federer in Basel, he looked overwhelmed by the occasion: He will be better prepared this time.

Then comes Nikolay Davydenko, who came close to beating Federer in Rotterdam last year and has just reached the Doha final.

Two more young talents will compete for the right to take on the No2 in Round 3. Martin Klizan rose almost 100 places last year to be seeded 27 this week and won his first title last September. But he faces 20-year-old Bernard Tomic, who beat Haas and Djokovic in the Hopman Cup and is now in the Sydney final. Tomic faced Federer in Melbourne last year, and again in Cincinnati: His confidence this time will be higher.

The fourth round holds Raonic, who three times played Federer last year and three times took the first set. In Halle and Madrid he lost only in a tie-break in the third. The Canadian has not had a great start to 2013—losses at Kooyong and Brisbane—but he is dangerous, especially if scheduled for a faster day session.

Each of Federer’s potential quarter-final opponents has beaten him: Haas last year in the Halle final; Gasquet, who just won in Doha, beat the Swiss in Rome in 2011, and Tsonga twice in 2011—including Wimbledon. Even No29 Thomaz Bellucci pushed him to three sets in both their previous matches, both last year.

But the biggest test lies in the semis: Murray has a 10-9 advantage; del Potro, who played him eight times last year, beat Federer in the last two of them—and came mighty close to doing the same at the French Open and the Olympics.

In 13 years, Federer has not lost before the third round in Australia, and he is on a 34-strong run of consecutive Slam quarter-finals. Should he win his 18th Major here, he would set an Open Era record of five. And if he does, he will certainly have earned it.

Check out the women’s draw preview