Last year, there were a couple of very significant gaps in the women’s draw of the Australian Open. This year, there is a clean sweep of all its active champions—and all the active former No1s.

Where to begin but with Serena?

Serena Williams, who won in 2017 while expecting her first child, is back to begin her headline-making campaign. If she can extend her tally of Australian titles to eight, it would draw her level with the all-time Major record of Margaret Court at 24. What is more, Williams is already the oldest women’s Major champion: Now age 37, she would extend that margin over the second on the list, Martina Navratilova, to almost four years. And while her return to competition barely six months after giving birth looked optimistic for the mighty American, she went on to make the finals of both Wimbledon and the US Open.

Williams prepared for Melbourne conservatively, with an exho match in Abu Dhabi against her sister, and then three more singles matches in the Hopman Cup. If there was an area of concern, it was some apparent soreness in her right shoulder by the latter stages of that tournament, but videos from Melbourne show her practising hard against both men and women.

Unseeded Azarenka back after three years

Then there is Victoria Azarenka, twice a champion in Australia and with a 39-9 tally at her most successful Major, she is playing for the first time since 2016.

She became a mother at the end of 2016. However, her return to competition was spasmodic due to off-court custody problems. But she certainly started with a bang, making the semis the Premier Mandatory in Miami last year, and ranked outside the top 100. Consistent wins, however, have been hard to come by. No matter: ranked 52, she will be a feared and formidable presence in the centre of the draw.

Azarenka is not the only unseeded danger. Take the oldest woman in the draw, Venus Williams, seven times a Major champion, ranked 37, and in pursuit of her 50th title. But she has never won the Australian Open, despite two finals—most recently in that title-winning run by sister Serena in 2017.

At the other end of the age scale, Belinda Bencic is still only 21 years old, and won her two titles—including the prestigious Rogers Cup—along with a runner-up run in Tokyo to break the top 10 while still a teenager. Then injury struck, and a fall outside the top 300, but the Swiss built a head of steam through 2018 to reach 55 by the time she put in some strong performances at the points-free Hopman Cup a fortnight ago.

She has a dangerous opener, however, against one of the highest unseeded women in the draw, 22-year-old Katerina Siniakova, in a segment topped by Petra Kvitova, who has just won the Sydney title.

Then there is Eugenie Bouchard, tennis’s darling when she launched herself into the semi-finals in Australia in 2014, age 19, and followed that with the semis at Roland Garros and the finals at Wimbledon. She reached No5 in the ranks, but struggled to maintain her form. Last year, she won just four matches before the grass season, barely holding on to a top-200 place, but slowly she has started the trek back up the ranks, and ended 2018 in the semis of Luxembourg via qualifying.

She is one non-seed in an intriguing, tough-to-call eighth topped by world No1 Simona Halep, such a feisty runner-up in Melbourne last year, and Serena Williams, plus fellow unseeded women Venus, Sam Stosur and Alize Cornet. Indeed this is a tough quarter all round, with another Major champion, Garbine Muguruza and former No1 Karolina Pliskova, plus unseeded former semi-finalist Johanna Konta, all potential quarter-final opponents.

For while it is hard to look beyond the familiar names, the old guard, the former No1s—and Williams, Halep, defending champion Wozniacki, former champion and world No2 Angelique Kerber are all age between 27 and 37—the women’s tour has seldom been so strong across such a breadth of achievements and ages.

The last eight Majors through two years have been won by eight different women—five of them debut champions. Four of them are currently the top four in the world, heading their own quarters of the draw. The other four are scattered throughout, along with the other five former Major champions.

But while there are at least two champions in each quarter, it is the Halep and Wozniacki quarters that come off worse, and that imbalance is exaggerated still more with the addition of the half dozen No1s that the women’s tour has seen in the last two years: Four of those are in the top Halep quarter where Serena Williams, Muguruza and Pliskova sit. Yes, it is a very tough quarter. 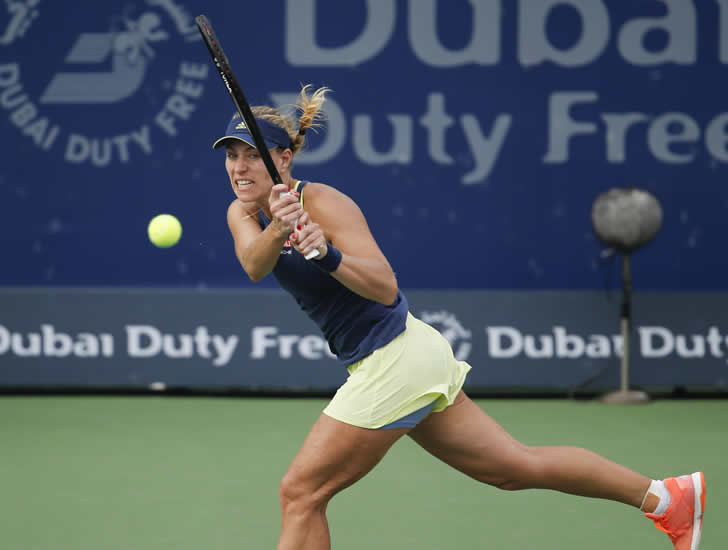 And that makes two-time champion Kerber’s place at the bottom of the draw look very promising, though the in-form Donna Vekic, seeded for the first time after making the semis in Brisbane, is a third-round possible, and Julia Goerges broke the top 10 for the first time just months back and arrives with the Auckland title to threaten Kerber in the fourth round.

However, Wozniacki will certainly have her work cut out, especially after revealing that she was diagnosed with rheumatoid arthritis last autumn. Former champion Sharapova is a third-round danger, followed by Jelena Ostapenko or, more likely, the fast-improving home favourite, 22-year-old Ashleigh Barty, up to No15 via two titles from three finals in 2018, and fresh from a final run in Sydney.

And lined up for the quarters could be either Kvitova—winner in Sydney—or many pundits’ tip for an outside victory, the exciting 20-year-old Aryna Sabalenka. The Belarusian won two titles from four finals last season, and started 2019 with the Shenzhen title, too, to boost her from 73 to 11, and with no fewer than eight top-10 wins into the bargain.

Svitolina leads multiple charge for No1

Yet there are further fresh names that can be added to the list of challengers. For among 10 women who could deny Halep the No1 ranking by the end of the tournament, including Sabalenka, Pliskova, Kvitova, Osaka, Sloane Stephens and Kerber, there are two more who have impressed in 2018.

Kiki Bertens, ranked at nine from 31 a year ago, won three titles from four finals last year—two of them big Premier events—and did not fall short of the third round at any Major, making the quarters at Wimbledon.

Even more promising is Elina Svitolina, seeded No6 and one of last year’s most prolific winners, including titles in the prestigious Dubai, Rome and the WTA Finals with a clean sweep of fellow top-eight players. And according to the WTA’s Power Index, Svitolina is third only to Wozniacki and Pliskova in the hard-court Power Index—but with the most hard-court wins—coming into Melbourne.

It is fair to say that there are opportunities aplenty in Melbourne this year. If Serena does make history, then, she will certainly have earned it the hard way.

Harriet Dart vs Sharapova (No30 seed)

Men’s preview: Can Federer reach 100? Can Djokovic make it 7? Or will new name grace the trophy?

Find more background at Seeds & champs, facts & figures—setting the scene as first Major kicks off Down Under