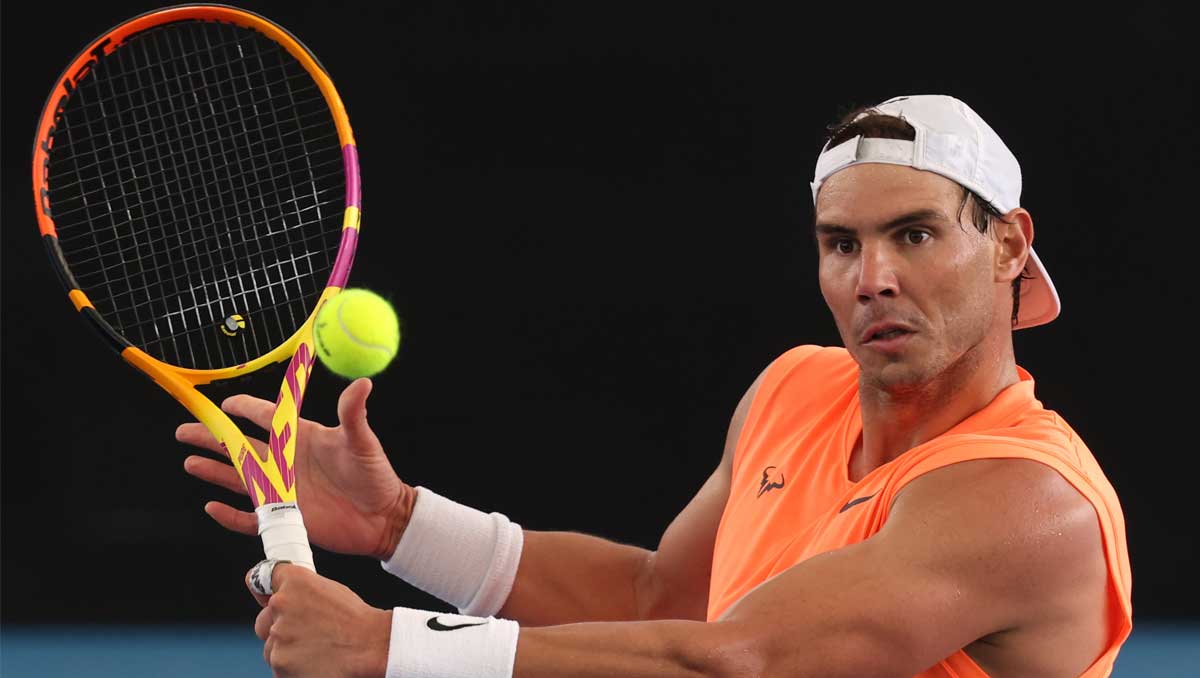 It was a great plan with great foresight, to fly the world’s biggest tennis names and their teams into Adelaide rather than Melbourne.

It stretched the permitted quarantine numbers for this almost completely Covid-free nation, and gave the top-ranked three men and women enough room to prepare for the opening display of top-flight tennis in 2021.

The list of participants was truly impressive: No1s Novak Djokovic and Ash Barty, No2s Rafael Nadal and Simona Halep, and No3s Dominic Thiem and Naomi Osaka. Between them, they had 44 Major titles, but Nadal’s 20 tally was still not the highest at Adelaide’s Memorial Drive. Making up the numbers on the women’s side was Serena Williams, owner of 23 singles Majors, the last of them won in Australia while two months pregnant in 2017.

And although Williams may currently be ranked No11, and will turn 40 later this year, there are few who would count her out in her bid for her record-equalling 24th when the Adelaide caravan heads to Melbourne for Australian Open.

Because judging by her show against the woman who is 16 years her junior, Osaka, she could be fit enough to do just that. She certainly looked the less rusty of the two at the start, broke in the sixth game, and again for the first set, 6-2, in just 21 minutes.

But Osaka reduced her errors, and found her range and pace in the second, breaking early, and again for a 5-1 lead, then took it to a match tie-break, 6-2. The whole thing was done in 55 minutes after a winning serve sealed victory for Williams, 10-7.

The day session, though, had got off to an unexpected start. Instead of Djokovic, who has been one of the highest-profile players in Adelaide during the fortnight of quarantine—chatting to fans and media from his hotel balcony—his compatriot and hitting partner this month, the 31-ranked Filip Krajinovic, took his place against the teenage star Jannik Sinner.

Djokovic had developed a blister on his racket hand, but Krajinovic did the Serbian crowds proud to win the first set 6-3—and then left court as the world No1 arrived to take his place for the second set. Djokovic, too, beat the young Italian 6-3, and then explained to fans his change of heart.

“I am sorry that I didn’t step in on the court from the beginning. I had to do some treatment with my physio and wasn’t feeling my best the last couple of days.

“I wanted to play … it’s not easy. But it’s part of what we do. We are professional athletes, we learn over the years to play with the pain. It’s just a case whether that pain is bearable or not.

“Coming off from the hard training block and having ATP Cup and the Australian Open around the corner, you don’t want to risk it too much. But the emotion in me was so strong to come out to the court today. Seeing the full stands – I had to play.”

He had no binding over the visible blister, but did not seem impeded—and got a good competitive half hour against one of the most promising young players on the circuit. He will surely be in peak form in time to defend the ATP Cup—with Krajinovic—and the Australian title, where he is targeting an extraordinary ninth title.

The evening session was kicked off by Nadal against Thiem. The former won his only Australian Open more than a decade ago, though has subsequently reached four finals. Thiem the newest Major champion on the men’s tour following his debut title at the US Open last September, was runner-up to Djokovic in Melbourne last year—having beaten Nadal along the way.

The Austrian showed a few nerves to open proceedings with a double fault, but the cause of both men was affected by the testing grid of shadows and glare that cross the Adelaide court in the early evening. No wonder there were a few fluffed lines—how often does Nadal completely mistime a volley, as he did to concede the first game?

Indeed, a combination of rustiness and blinding sun produced a flurry of errors until the middle of the set, but already it was obvious what both men had been practising in the off season: their net game.

Nadal has the perfect base for such a development: a brute of a forehand that forces opponents to the extremes of a court, backed up by one of the soundest overhead games. But it was a shocker of a mishit from Thiem that gave Nadal his breakthrough for 6-5, and the Spaniard served out the 51-minute opener, 7-5.

It took one more break of the Thiem serve in the second to seal the deal, 6-4, for the world No2, but the beams of both players as they praised Tennis Australia and the Adelaide crowd after the match said it all: Grateful not just to be back but playing in front of enthusiastic fans.

Perhaps the highlight of the event was yet to come. World No1Barty, semi-finalist at last year’s Open, is one of Australia’s most beloved athletes, and a popular figure across the entire tennis scene. What is more, she faced world No2 and an equally adored woman in her home nation, Romania’s Simona Halep.

Barty, despite not having played a single tournament since February almost a year ago, looked as fit as a flea, and was soon into her all-court style and running Halep ragged. Barty grabbed the break for a 5-2 lead, and served out the swift first set, 6-3, with the usually clean play of Halep giving up 10 errors.

“Actually I was very nervous, I felt like it was the first time playing in a match. I needed a bit of oxygen today after two weeks’ quarantine, so it’s not easy. And Ash doesn’t look like she didn’t play last year!”

It may not have been the fairytale ending for the home fans, but Barty tops the draw for the WTA500 Yarra Valley Classic that gets under way on Sunday in Melbourne. She has been drawn in the same half as Williams, with defending Australian champion Sofia Kenin in the bottom half.

Halep tops the Gippsland Trophy draw, in the same quarter as Iga Swiatek, whose last appearance was in winning the French Open in October without dropping a set. Osaka heads the bottom half, and Aryna Sabalenka and Elina Svitolina are also here.

As for the men, Djokovic, Nadal, Thiem and Krajinovic, they will take part in the ATP Cup next week, while Sinner joins one of the two ATP250s that also take place next week in Melbourne, the Great Ocean Road Open.