Djokovic: “Definitely emotionally the most challenging Grand Slams I ever had”; Osaka: “I like to live in the moment… don’t want to weigh myself down with pressure and expectations” 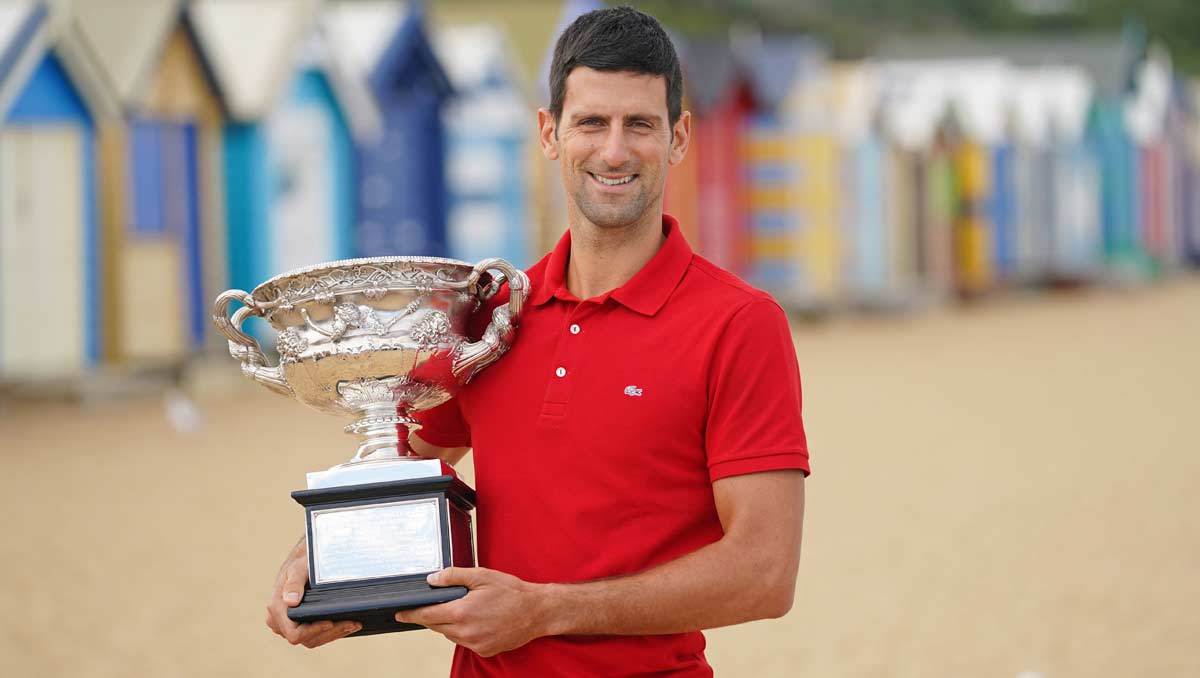 There has probably never been a Major tournament quite like it, and perhaps never will be again.

It is a year since the world went into lockdown in the face of the coronavirus pandemic, and only now has the Australian Open been able to produce an entire Grand Slam event that was as close to normal as any since, well since last year’s Australian Open.

But only because this corner of the globe was rewarded for its hard and uncompromising lockdown in 2020 with a near-Covid-free life—and that was something that had to be preserved at all costs.

Cue the kind of planning, co-ordination, determination and optimism that few thought possible on such a scale. Qualifying tournaments took place thousands of miles away in Dubai and Doha; special flights were chartered and hotels booked for players, teams and officials; a strict five-day lockdown was absorbed midway through the tournament—which was the only stretch in more than three weeks of tennis and seven tournaments when fans were excluded.

However, the statistics now released by Tennis Australia tell the story more eloquently than any media headlines.

· 494 players from 62 nations competed across all events, including qualifying, singles, doubles and wheelchair.

· That entailed placing 1,016 people into quarantine in Melbourne and Adelaide for two weeks beginning on 14 January—having arrived on 17 chartered flights from Doha, Abu Dhabi, Los Angeles, Singapore and Dubai.

· Following Covid testing, eight people on those flights were found to be positive, including one player, and 188 were identified as ‘close contacts’. They all had to endure hard lock-downs in their rooms 24-7 for two weeks, including 72 players, among them two wheelchair athletes, 31 WTA players and 39 ATP players.

· For the majority who were permitted five hours of practice and training each day, four quarantine hubs were created at Melbourne Park and Albert Reserve with 40 specialised gyms to service the players during their 14 days of quarantine.

· There were 12,543 Covid tests in Adelaide and Melbourne during quarantine, and thereafter, a further 1,471 tests were administered.

· Altogether, Melbourne Park welcomed 130,374 fans, and while the early days of competition did not see the permitted 50 percent capacity—affected not a little by the three-week delay in playing of the tournament, and thus after Australia’s holiday season—the Rod Laver Arena felt something like its old self for finals weekend.

What the champions had to say…

“[This] has been definitely emotionally the most challenging Grand Slams that I ever had with everything that was happening, injury, off-the-court stuff, quarantines. It has been a roller-coaster ride in the last four weeks.

“A lot of mixed emotions on the court, with the media, tennis players getting here in the midst of pandemic. I mean, a lot of suffering, a lot of sacrifice. At the beginning we didn’t feel so welcome, judging by what media was writing…

“Of course I’m not the only one that has experienced that, talking about quarantine. I can’t complain. I mean, I probably had it the best I possibly could have comparing to the other players, some that had to stay 15, 20 days without exiting the room and training.

“So it was very challenging for me to keep my mind serene and keep my focus directed into what matters the most. I mean, I have put a lot of energy and time, along with my team, to be here sitting with a trophy. So I’ll take a lot of positives out of this month here in Australia.”

“Of course I tried to remind myself, pinch myself, of how important this [victory] is. Even though I have been fortunate to win many Majors and play in many Major finals, I do enjoy the success every single time even more because I know that the longer the time passes, the more difficult it’s going to become… because you have, of course, new young players coming up that are as hungry as you, maybe even hungrier, and they’re challenging me and Roger and Rafa.

“I mean, I don’t feel like I’m old or tired or anything like that. But I know that biologically and realistically things are different than they were 10 years ago. I have to be smarter with my schedule and peak at the right time.

“Now, after achieving the historic longest weeks at No1, it’s going to be a relief for me because I’m going to focus all my attention on Slams mostly… My goals will adapt and will shift a little bit, which means that I will have to adjust also my calendar… I haven’t made any commitment actually after Australia. I’m just trying to marvel in this success and enjoy it as much as I can…

“Whether I think about winning more Slams and breaking records, of course I do. And most of my attention and my energy from this day forward, until I retire from tennis, is going to be directed in Majors, trying to win more Major trophies.”

“Yeah, of course [the constant criticism] hurts. I’m a human being like yourself, like anybody else. I have emotions. I don’t enjoy when somebody attacks me in the media openly and stuff. Of course I cannot say I don’t care. Of course, it does. I have to be honest. But I think I’ve developed a thick skin over the years to just dodge those things and focus on what matters to me the most.” 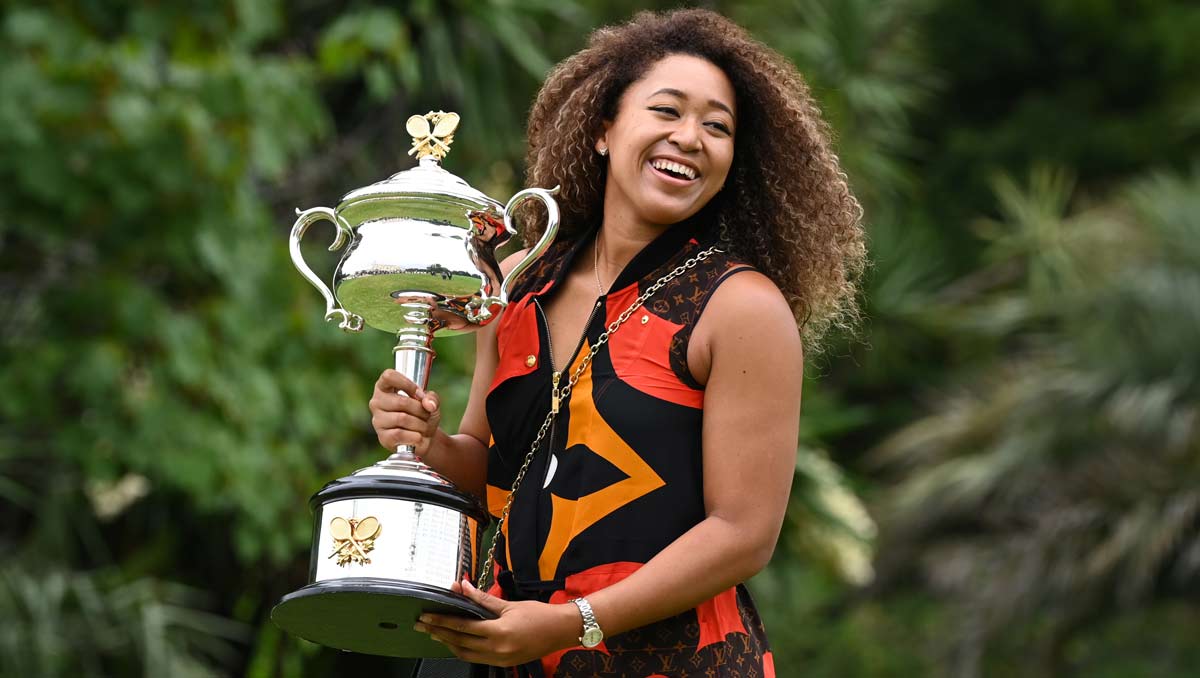 “I think the quarantine affected me in the way that I had to go within myself a lot. You’re sort of in a room by yourself. You’re kind of forced to face your own thoughts. For me, I think in the end that was a good thing because there were a lot of things that I meditated on and I thought about. I think coming here really helped me because it made me a bit more confident I guess in my thoughts and my opinions.”

“I feel like the biggest thing that I want to achieve is—this is going to sound really odd, but hopefully I play long enough to play a girl that said that I was once her favourite player or something. For me, I think that’s the coolest thing that could ever happen to me. I think I have those feelings of, you know, watching my favourite players.

“Unfortunately I didn’t get to play Li Na, but I just think that’s how the sport moves forward.”

“I think what I have learned [since winning my first Major] on and off the court is it’s OK to not be sure about yourself. For me, I feel like I’ve always forced myself to, like, be ‘strong’ or whatever. I think if you’re not feeling OK, it’s OK to not feel OK.

“But you have to sort of go within yourself and figure things out. For me, that’s what I did during quarantine before US Open last year. That’s what I did when I was in quarantine here, too… This time around I’m more I would say at peace with where I am, and I’m honestly just happy to be playing a Grand Slam in a pandemic…”

“I’m taking [the number of Majors] in sections. For right now, I’m trying to go for five. You know, after five I would think about maybe dividing the 10, so maybe seven or eight. I like to take things not big-picture. I like to live in the moment… I don’t want to weigh myself down with pressure and expectations. I know that the people I’m playing against are the best players in the world, and if my time comes to win another Major, it will come. But for right now, I can only control what I can control, and that’s working hard and giving myself opportunities.”

“I would say I guess in the past I felt [being a role model] as a very strong responsibility, and I was also very scared and nervous of it, because for me I feel like people just see me on the court. But over the years, I have just realized the only thing I can do is be myself. There are 500 other tennis players if you want to pick to be your role model. So I feel it’s a really big honour that there are little kids that like me, that come to my matches and cheer for me. But at the same time, I don’t weigh it too heavily on myself, because I feel like I’m still growing as a person and hopefully they grow with me maybe.”