Runner-up Jennifer Brady, up to new high of No13, affirms: “I think I belong at this level” 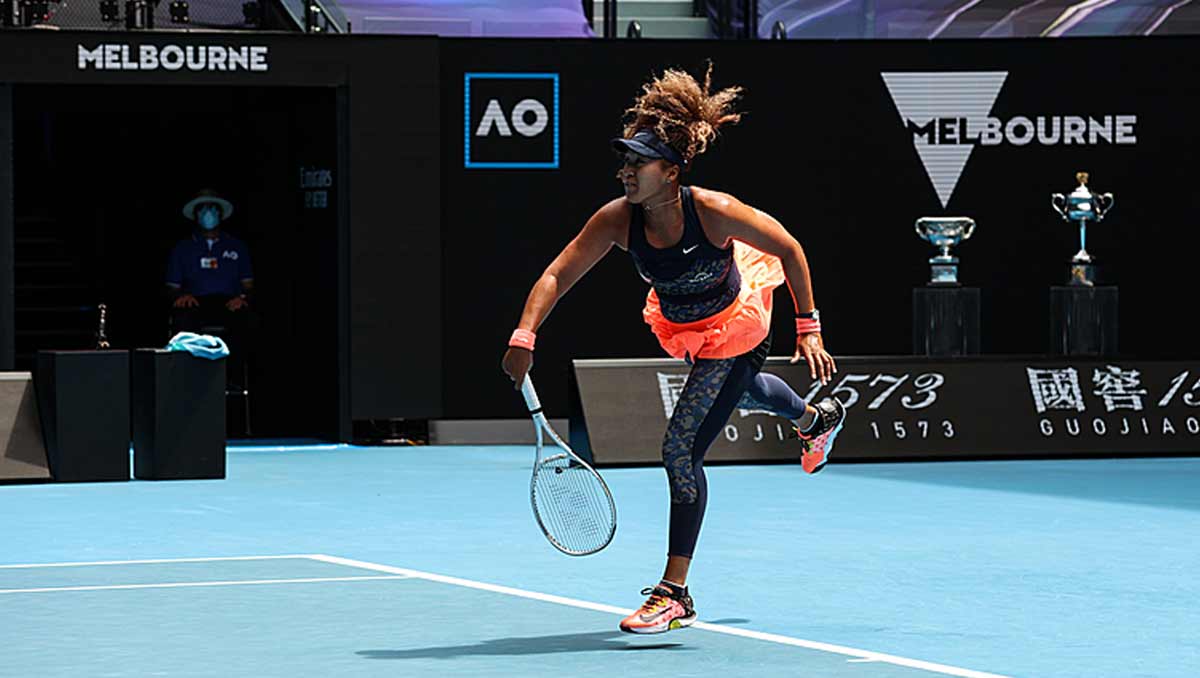 If Daniil Medvedev was the form man in this year’s Australian Open draw, Naomi Osaka had a good case for being the form woman.

The Russian world No4 notched up his 20th straight match-win to reach the final in Melbourne. Osaka did exactly the same, though the run of the world No3 from Japan dated back an entire year.

Of course, in 2020, no-one played between February—Osaka’s last loss—and August due to the coronavirus lockdown. But once back, Osaka could not lose. She reached the final of the Western and Southern Open, twice coming back from a set down, before withdrawing from the title match with a hamstring injury.

She went on to win her second US Open title, but did not play another event in 2020 as she nursed that hamstring back to health.

Come the delayed Australian swing, she reached the semis at the Gippsland Trophy before again withdrawing with a shoulder injury, and had now won six more matches to reach her second Australian Open final. What is more, she had work through a tough draw to do so: a three-set comeback win over Garbine Muguruza, and a straight-sets win over Serena Williams served only to increase her ‘favourite’ status.

However, she took on the woman who had taken her to the limit at last year’s US Open, Jennifer Brady. The American, playing in her first Major semi-final, eventually lost after more than two hours, but she was a woman on the rise.

The 25-year-old Brady came into this final having won 22 of her past 28 matches, following a season of firsts in that truncated 2020: her maiden WTA title at Lexington in her first career final; her first top-10 win over No1 Ash Barty in Brisbane as a qualifier, then her second top-10 win against Elina Svitolina en route to the semis in Dubai, also as a qualifier; and she rose from 66 at the start of the year to a new career-high of 24 by October.

But what impression could she make on the big game of Osaka on the last blustery night of action in the women’s tournament in Melbourne?

Then it was Brady’s turn to try and settle quickly, and she looked nervy, struggled to find a first serve, and her opening game extended to almost six minutes, but she finally got it under her belt. Not that she could relax for long: Osaka soon held again, 2-1.

Brady needed to find her first serve, but the pressure instead delivered two double faults and a break to love. However, the American got some traction in the next game, forced some errors with some crisp returns, and Osaka double faulted to bring up break-back point. Brady got Osaka running from corner to corner and drew a 10th error from the world No3 for the break.

Both women were below 40 percent on their first-serve stats, and for Osaka in particular, that opened the court for Brady to work her way into the rallies. Not only that, the American threw in a strong love hold for 3-3.

Osaka steadied the ship, and then reapplied the pressure on Brady, but again, the American saved break point and survived a string of deuces to hold after six minutes. She swiftly turned the tables, too, showing her great speed and touch to counter an Osaka drop shot with a winning lob for break point—but the world No3 held.

Now the pressure switched again to Brady, serving to save the set, and from 40-15 up, she suddenly found herself at break point when a mishit Osaka strike landed on the baseline and out of Brady’s control. The American found the net on an easy forehand and she was down a set, 6-4.

Both women had blown hot and cold, both making far more errors than winners and serving at well under 50 percent. However in the second set, Osaka built on her momentum to break and hold for 3-0, looking increasingly confident while Brady looked ever more frustrated. The American needed to halt the flow, but could not control her returns off some fierce shot-making from Osaka and was broken again.

Even Brady’s usually impressive forehand was leaking errors, but she kept at it, making an off forehand winner for deuce on the Osaka serve, and earned break point with a backhand down the line at full stretch. She broke, 1-4, but had a lot more to do.

She continued with an impressive love hold, but she could not sustain the pressure enough to break, and again had to serve to stay in the set. She did so, 3-5, to a cheer of approval from the fans. But Osaka never lost focus, and served it out to love, 6-3, after just an hour and a quarter—her fourth Major trophy.

Osaka beamed, but it was a typically calm and measured celebration from the best player in the world. The ranking constraints that still take account of the global pandemic will ensure Osaka rises only to No2, with Ash Barty holding firm at the top. But with this 21st straight match-win, and her second Major in the space of five months, there will be little dispute about Osaka’s place in the grand scheme of things.

She has been No1 before, and it is only a matter of time until she returns there—and until she has her name carved on yet another Major trophy.

As for Brady, she will rise to a new career high of No13 next week—and her outstanding run this fortnight comes after being one of the 70+ players to endure hard lockdown when she arrived in Melbourne.

She now has the prospect of piling on new points in the coming months and, she believes, of challenging for the biggest titles:

“I think I belong at this level. I think winning a Grand Slam is totally achievable. It’s within reach. You know, playing out there, obviously I was nervous, didn’t go my way, but at the same time coming off court, I was, like, OK, that feels a little bit normal. It felt different than what I was expecting it to feel like. If you were to ask me maybe a year ago, I wouldn’t think it’s possible…”

As for the rest of the season:

“I think I can only get better from here. I just have to take this experience from the last couple of slams and just work harder and keep improving day in, day out. And I think the results, they show the work you have been putting in. Yeah, I can gain a lot of confidence in that.”