Ringing out 2018 and ringing in 2019 Down Under: Big names back in action in run up to Australia

Roger Federer, Novak Djokovic and Rafael Nadal are among the big names in action as the build-up to the Australian Open begins 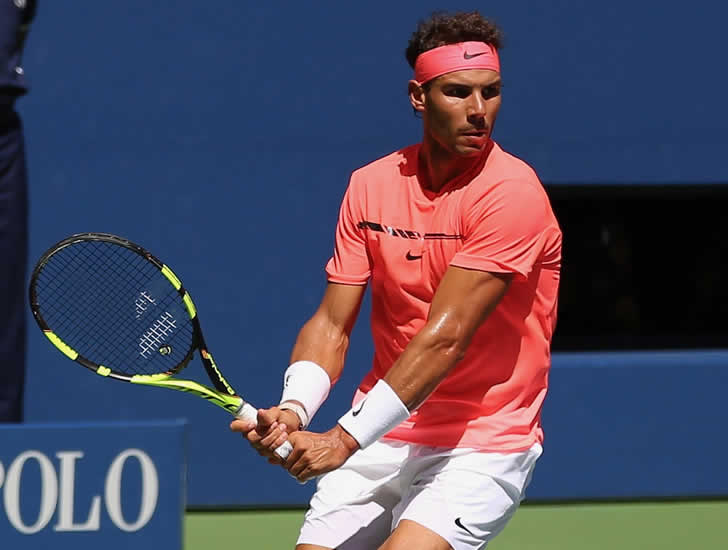 Rafael Nadal has not played since the semis of the US Open Photo: Marianne Bevis

On the men’s side, six-time champion Roger Federer played very little part in 2016 after the Australian Open while he recovered from knee surgery. But he then returned in 2017 in top-notch shape to reclaim the title seven years after his previous one.

And 2009 champion, Rafael Nadal, came within touching distance of denying Federer in that 2017 final after injury trials of his own through the latter stages of 2016, and last year was forced out of the quarter-finals with an injury that kept him away from the tour until April. Now, he will arrive in Australia having not played since the semis of the US Open.

Will these two former champions make history again Down Under, or will it be another six-time champion, Novak Djokovic, whose last two campaigns in Melbourne ended prematurely while he wrestled with a chronic elbow problem, who brings his hot form into one of his favourite tournaments?

Then there is 2014 champion Stan Wawrinka, another Swiss who succumbed to knee surgery in the summer of 2017, did not return until Australia this year, and missed many more tournaments through 2018 with ongoing knee and back problems.

And what of five-time runner-up Andy Murray, who has played just a dozen matches in the last 18 months, and missed this year’s Australian Open after resorting to hip surgery? Since briefly rejoining the tour this June, he has twice been forced to cut short a tournament with exhaustion or injury, and now ranked 257, he will return to Australia with a protected ranking but with unknown form.

Also missing at the start of 2018 were three-time quarter-finalist, Kei Nishikori, who began the year ranked 24 and worked back from injury to end it at No9. Current No18 Milos Raonic, a former semi-finalist, lost in the first round in Melbourne last year in a season blighted by leg and knee problems.

Persistent injury problems have ended Richard Gasquet’s plans Down Under for 2019, but Tomas Berdych, who played little part in the 2018 season after his quarter-final finish in Melbourne, makes his comeback in Doha, now ranked 71, before Australia takes centre stage.

Indeed, the Australian Open proudly announced that the top 100 men in tennis are scheduled to play this year—though Richard Gasquet has since withdrawn—along with the top 100 women.

And for the women’s draw, too, this will be the first time in a while that all the active former champions are present and correct.

First and foremost, Serena Williams, who won her seventh Australian title in 2017 while two months pregnant, missed last year on maternity leave, and in joining the Hopman Cup line-up this weekend, will play for the first time since the final of the US Open.

Indeed, like Federer—who she will face across the net in Perth in doubles—she is only playing non-WTA events ahead of the Open itself, including an exho with sister Venus in Abu Dhabi. It is worth adding that, since her first Melbourne victory in 2003, she has failed to reach the final only five times.

Victoria Azarenka, winner in 2012 and 2013, has not played in Melbourne since reaching the quarters in 2016 following the birth of her son and subsequent custody battles. The former No1 played only two tournaments last year, but since her return this March she has climbed from No204 to a current 51—well short of a seeding, of course, but back with former coach Wim Fissette, who worked with Angelique Kerber through the German’s Wimbledon victory.

Maria Sharapova, champion in 2008 and twice a finalist since, could not play Australia last year while she completed a doping ban, and her seesawing season ended in the fourth round of the US Open with a shoulder injury, having played only one other tournament since losing in the first round of Wimbledon.

Currently ranked 29, she is scheduled to make it a clean sweep of former active champions in Melbourne, with defending champion Caroline Wozniacki and 2016 titlist Kerber.

But new stars up their games

Yet even with every active champion, both men and women, expected to begin their preparations in a few days’ time, they will be only too aware that the scene on both tours has moved on apace in the last 12 months.

Four of this year’s nine ATP Masters were won by men other than Federer, Djokovic and Nadal—and it was the same last year. And five men among the top 16 are 22 and under, all enjoying career-high rankings, all title-winners in 2018. Alexander Zverev, Borna Coric, Karen Khachanov, Stefanos Tsitsipas are all improving, rising, and with the confidence and talent to crack the glass ceiling.

On the women’s tour, the last eight Majors have been won by eight different women. Along with veteran champions Williams and Kerber, Simona Halep and Wozniacki added a first Major victory to their world No1 status, while bold and powerful young women such as Jelena Ostapenko and Naomi Osaka burst through the ranks to beat all-comers at Roland Garros and the US Open, barely into their 20s.

And these teens-turned 20/21 have made a big impact on the WTA tour, as well. Daria Kasatkina reached two Major quarters this year and the final in Dubai and Indian Wells. Aryna Sabalenka made four finals this year, winning in both New Haven and Wuhan. Ashleigh Barty won twice from three finals. With Osaka, they comprise four women of 22 and under in the top 15, and the likes of WTA Finals champion Elina Svitolina, former US champion Sloane Stephens, and Elise Mertens—semi-finalist in Australia last year and winner of three titles in 2018—are all in their early 20s and in the top 12 ranks.

So 2019 promises thrills and spills as the one generation takes on another for the spoils. And the battle could become well and truly engaged in Australia.

Who is preparing where ahead of the Australian Open?

*Petra Kvitova has since joined the Sydney main draw as a wild card.