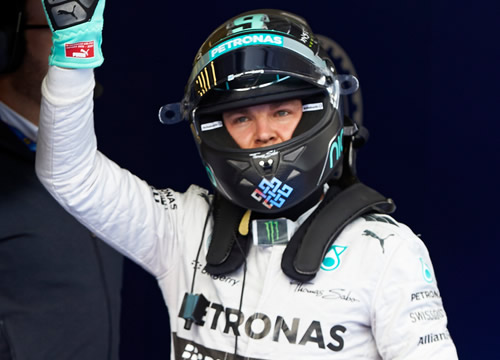 The German, who qualified third on Saturday, finished ahead of his team-mate and Williams drivers Valtteri Bottas and Felipe Massa, and Ferrari’s Fernando Alonso.

Rosberg now leads Hamilton by 29 points in the drivers’ standings ahead of the British Grand Prix at Silverstone on 6 July.

“It wasn’t the easiest of races, trying to manage certain things happening, but I had a very very fast car again but it is great to win again,” said Rosberg.

“It was also great to get another one-two. It’s great to be back in Austria, it’s great to have a race here again and the fans have been fantastic.

“I am looking forward to the next one [at Silverstone], it is the home race so another one-two would be great to give the guys in the garage something to cheer about.”

Hamilton added: “I have to look at the feedback, maybe my positioning isn’t right. The guys have done a fantastic job for us to get another one-two and the fans here have been insane.”

New Zealand 36 England 13: We must be better, says Stuart Lancaster