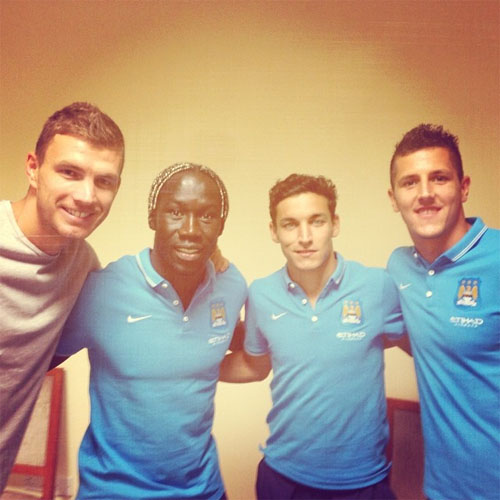 Bacary Sagna has hit back at Arsene Wenger following his free transfer to Manchester City from Arsenal this summer.

The France international right-back sealed a switch to Etihad Stadium after seven years with the Gunners following the expiration of his contract in north London.

Wenger said recently that it appeared Sagna “agreed a long time before” the summer to move to City.

Can you find one player in Europe who stayed six years on the same contract?

But the 31-year-old has hit back at the Frenchman, saying: “I know exactly what happened – everyone knows.

“I am not a tricky person. I am very professional, so I don’t want to comment on it.

“Even when I came back from injury and was not fully fit, I always played. I don’t know why he [Wenger] said this.”

Sagna continued: “I knew I had to come, no matter what happened. I had already made my mind up.

“I wanted to change. I wanted to boost my career. I’m 31 now and it was time to move. It’s not about the money.

“Can you find one player in Europe who stayed six years on the same contract? That’s what I did and I never asked for anything.

“If I was the first one to join Man City, then OK, but I don’t know what to think. Every time a player leaves they seem to get abuse.

“To me, I made the right choice and I’m very happy to be here no matter what they think. I am not the first one to leave their club and I won’t be the last.”