Ballon d'Or 2012: Iker Casillas says he was "sad" to see Cristiano Ronaldo miss out on the award after Lionel Messi won again 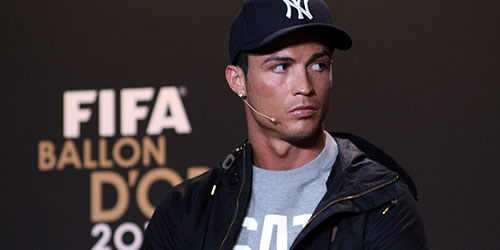 Iker Casillas admitted that he was “sad” to see Cristiano Ronaldo miss out on the 2012 Ballon d’Or after Lionel Messi won a record fourth straight crown.

Messi triumphed with 41.6 per cent of the vote ahead of Ronaldo (23.68 per cent) and Andres Iniesta (10.91 per cent) to become the first man to land the award four times.

Spain captain Casillas voted for Sergio Ramos, Ronaldo and Xavi as his top players for 2012 – and the goalkeeper revealed his disappointment at seeing his Real Madrid team-mate come second to Messi once again.

Casillas said: “Messi has won the Ballon d’Or and he deserves to be congratulated for that. But we are a little sad because we would have liked to have seen Cristiano win his second Ballon d’Or.

“It’s a decision which was very difficult because all three – Messi, Cristiano and Iniesta – were the best players last season”.

He also admitted his delight at seeing five Real Madrid players named in the FifPro World XI, with Casillas, Ramos, Marcelo, Xabi Alonso and Ronaldo all making the cut.

“I’m very happy for the award, it demonstrates that last season was a successful one,” he continued.

“The fact that five Real Madrid players are in the World XI is fantastic and is a prize not just for us but for all Madridistas.”