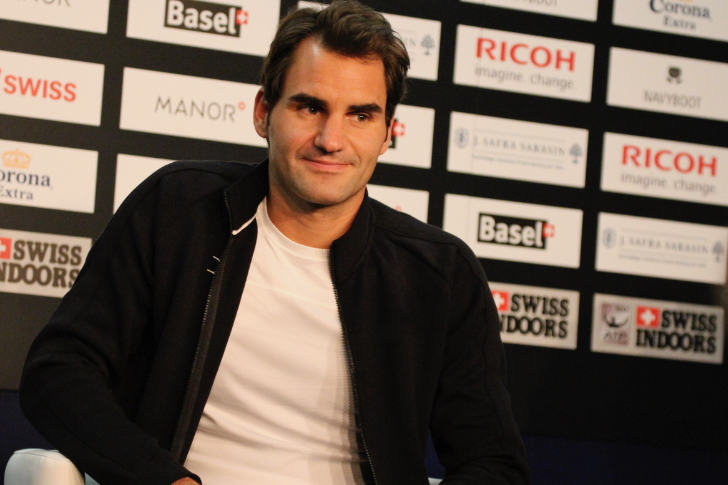 Eight-time champion Roger Federer has great memories of the city of his birth: “It’s been a wonderful tournament for me.”

The evolution of Roger Federer’s summer in 2018 took a rather different turn than it had taken in 2017.

Last year, after an absence of six months, he could barely stop winning: 52-5 for the year, including titles in two Majors, three Masters and two 500s. And with another win at the Australian Open this year, he launched an attack on the No1 ranking.

Sure enough, more than five years after his last residency at the top, Federer struck gold again in Rotterdam, the oldest man to claim No1.

So it was perhaps presumptuous, after the rigours of his previous 13 months, to ask if he thought he could achieve the year-end No1 as well. He smiled, and shook his head:

“No, I don’t think that’s gonna happen. I don’t think I can make that a priority… Obviously, I have a great start, but to finish world No1 you need a lot—like I needed a lot to get to No1.

“Now I don’t know what the goal is. Right now it is to try and win this tournament, and then maybe get to 100 titles, that would be super special… And things maybe have to be connected, because of my age. People haven’t done this before. I hope I just try and defend what I did last year, which is already plenty, so it’s going to an awful lot.”

It was pragmatic—and prescient. He did win Rotterdam, his 97th title, and that 100th title seemed eminently doable given his previous season. But he alluded to the key factor here: his age. He turned 37 in August, and revealed to Rene Stauffer in Tages Anzeiger in Basel this weekend that he had suffered from a hand injury from the grass season until the US Open.

His results certainly suggested that something was amiss. He would fail defend his titles in Halle, Wimbledon and Cincinnati: victory in Stuttgart the only tournament to take him one step near his 100th.

And with the triumphant return of Novak Djokovic from his own injury slide, Federer slipped to No3 in the ranks: the end-of-year No1 stretched out of reach.

But Basel is a special place for this special Swiss. He was born a tram-ride from St Jakobshalle, was a ball-boy for the tournament long before he became the Junior Wimbledon champion in 1998—the year, at age 17, he would play his first main-draw match at the Basel event.

It is now 20 years and counting, but success did not come immediately or easily. He lost that first match to Andre Agassi. He would win a match the next year, and reach the final, still age just 19, the following year, 2000. But not until 2006 did he finally win the title, after he had already won nine Majors and 12 Masters titles.

As he admitted to ATPWorldTour.com yesterday:

Indeed he reached three finals before he lifted the impressive silver trophy in Basel: He lost to Thomas Enqvist in 2000 and to Tim Henman in 2001, losses that clearly cast seeds of doubt:

“I thought after losing my second final here against Henman that I was never going to win. I had two chances and wasted both opportunities. That was it then, you don’t get many more opportunities… Had to wait for it.

I was injured for almost three straight years, 2003, 4, 5, so it was hard for me, but in 2006 finally it all worked out, my first Basel—and everything changed for ever and I knew I could do this result again… It’s been a wonderful tournament for me.”

That is, of course, an understatement.

The last time Federer did not reach the championship match was in 2003. And incidentally, that loss was to his now-coach Ivan Ljubicic. He would then win three straight titles, lose to Djokovic in 2009—he got his revenge the next year—and since then has lost only to Juan Martin del Potro: 11 straight finals, a 66-9 record, 52-3 since the Ljubicic loss.

The question this time around is, can he do it again, extend his 15-match-winning streak in Basel, and win his first title since Stuttgart?

It is certainly an interesting draw that could prove challenging. Federer opens against the No35-ranked Serbian Filip Krajinovic, who he beat in their first meeting in Indian Wells in March. But then he could face the man who beat him, to the surprise of many, in the fourth round of the US Open, John Millman.

The Australian, who has put a catalogue of injuries behind him to rise from 128 at the start of the year to a current 36, will have to beat Jan-Lennard Struff if he is to set such a timely rematch in his Basel debut.

Federer’s first seed may be Jack Sock, playing with a wild card and with 13 first-round losses this season in an unexpected slump since qualifying for the Nitto ATP Finals a year ago.

Sock did score a win in Stockholm last week, only to lose to the charismatic, often wayward talent of Ernests Gulbis, who went on to reach the final having come through qualifying. Other resilient non-seeds also lurk in this quarter in the shape of Gilles Simon and Leonardo Mayer.

Lined up as a potential opponent in the semis is the Stockholm champion, and one of the fastest rising stars of the season, 20-year-old Stefanos Tsitsipas. The young Greek started the year at No91, is now at No16, and getting better almost before the eyes.

However, if he gets by Jeremy Chardy in his opener, he could meet Daniil Medvedev, another striking young player to have made a big mark this season.

Medvedev is ranked 20, and beat Tsitsipas in both Miami and the US Open this year. He has, too, won three titles, most notably the 500 in Tokyo via qualifying, where he beat home favourite Kei Nishikori in the final.

The bottom half of the draw contains several heavyweights, including No2 seed Alexander Zverev and No3 seed Marin Cilic—champion in Basel in 2016 and already a straight-sets winner over Denis Shapovalov. However, Stan Wawrinka was forced to withdraw with a back injury.

The Swiss tournament has rarely been a happy hunting ground for its other son: Five first-round losses in a row until making the quarters in 2016. Last year he missed the event following major knee surgery, and had gradually been making his way back to form through the summer.

Perhaps it was a couple of long training sessions at St Jakobshalle with friend and rival Federer that did the damage. But even when he has played in Basel, Wawrinka has invariably seemed to struggle with the weight of expectation, full of nerves.

Nervousness is something that, since the teenage Federer played qualifying for the first time in 1997, the elder Swiss has grown to master, even though it clearly took him many years. Yet still, he admitted to Simon Haring in Aargauer Zeitung, he feels the nerves:

“It is totally different than the first time. You cannot compare that. Today, I know exactly what to expect. But I still get nervous. It may be that I get very tense before a game, that the pulse goes up and I feel insecure. That still happens. It’s more stressful, but it’s nice too. This tingling shows me how much tennis still means to me.”

No9 is at stake; No99 is at stake. Basel expects. He can, perhaps, be excused a few nerves.