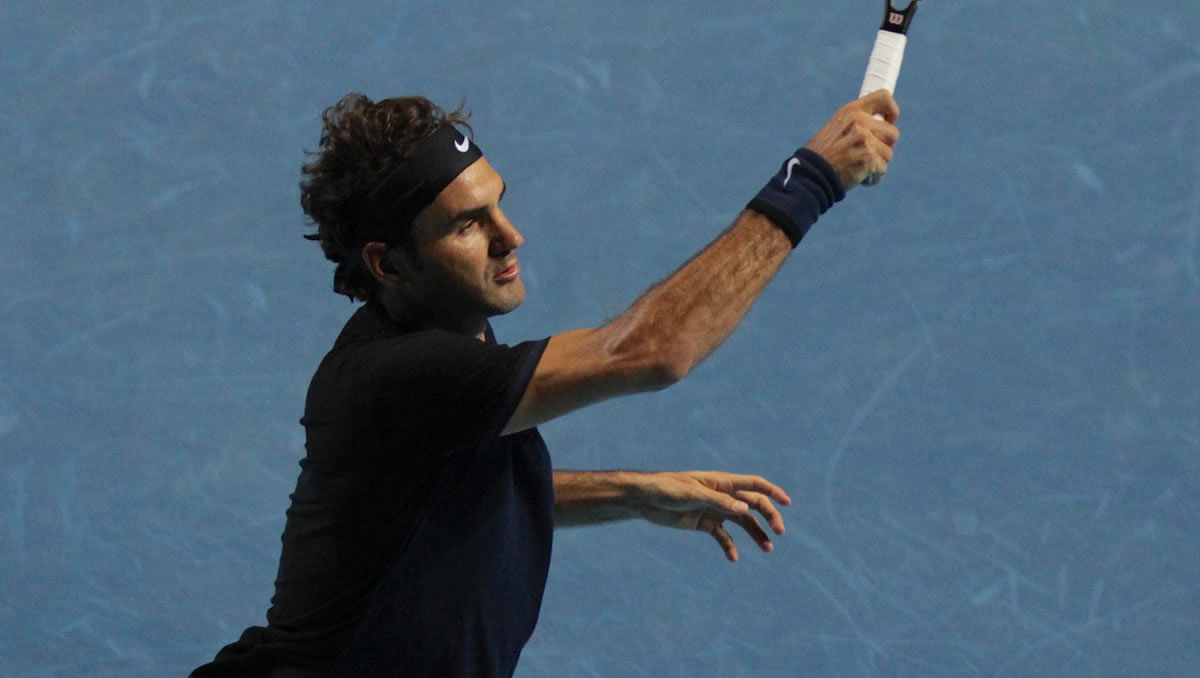 Not for the first time, Roger Federer found himself facing a generation of players at least 15 years his junior.

For the first time since 2003, when Federer himself was 22 years old, three of the four Basel semi-finalists were age 22 and under, in the shape of Alex de Minaur (20), Stefanos Tsitsipas (21) and Reilly Opelka (22).

Back then, the Swiss superstar was yet to win his home tournament, though he had already reached the final twice. Since then, of course, he has written Basel history: nine titles from 14 finals, and now playing his 16th semi-final.

What is more, Federer had notched up final runs in his last 12 appearances, was now at 73-9 in Basel, and just one match from a 13th straight final.

But for all Federer’s success against the stream of players age 22 or younger—he had played 13 matches this season and lost only two of them—he would first have to face the best of the bunch, Tsitsipas. And the young Greek was not only ranked No6 in the world and heading to his first ATP Finals, but had scored wins against all of the ‘big three’: Along with Federer at the Australian Open, he had beaten Rafael Nadal in Madrid and Novak Djokovic in Shanghai.

He had also played alongside his idol Federer in doubles at the Laver Cup, by which time he had suffered a revenge win by the Swiss in the Dubai final. And while Federer was just one match short of 50 wins in 2019, Tsitsipas was also only two short of his half century.

With a big-time, attacking, single-handed game, the Greek was proving to be one of the most charismatic players of the young set—indeed he was the champion at the NextGen Finals in Milan last November while still only 20 years old. He built on that win to reach his first Major semi in Australia, had got two Masters finals to his name, and won two titles from five finals this season.

There was something to prove on both sides, then: For Federer, that he still had the game and fitness to outplay one of the best young challengers; for Tsitsipas, that he was ready to consistently take on the best—and perhaps become the next young star to claim that illusive Major in 2020. For no new name since Juan Martin del Potro in 2009 had managed to win a Major by the age of 22.

But although the two men had won a similar number of matches this year, Tsitsipas had played more matches during the Asian swing—though successfully, with the final in Beijing and semis in Shanghai. Then in Basel, he had twice come back from a set down to reach the semis, and had an extra match in his legs: Federer was given a walk-over in the quarters by an injured Stan Wawrinka.

And it began to show in this highly-anticipated third meeting. Tsitsipas had to battle long and hard to save break points in the third game, but he could not fend off the Swiss in the fifth.

Federer’s serve was near flawless, so the Greek had no chances to break back in the face of constant attacking plays—and Federer would make 16 winners for just seven errors in the 6-4 set, and make nine points from 10 net charges. He closed out the opener with aces and a drop-shot winner.

Tsitsipas was holding up well, fighting hard, and kept his winner count just ahead of his errors, but he spent too much time behind the baseline. There was a growing weariness about his tactics as the match developed, and Federer was making too few errors to give the Greek a toe-hold.

The Swiss carried his momentum and energy into the start of the second set for an immediate break, and came under little pressure until serving for the match—and suddenly his could not find a first serve.

Tsitsipas took full advantage, first with a return-of-serve winner and then by earning his only break point of the match. But it was to no avail: Federer stayed offensive, and finished off the win in under an hour and 20 minutes, with one final volley winner, 6-4, his 28th winner of the match.

So a statement win for the 38-year-old Federer, a win that took him to his half-century for the season. It also notched up his 13th consecutive final and his 15th overall in Basel, and extended his unbroken run to 23 wins at St Jakobshalle.

In his sixth final of the season, the 157th of his career, Federer will now take on an even younger opponent in 20-year-old de Minaur, who beat Opelka in a gruelling two-hour, 34-minute battle of three tie-break sets.

The slender, nimble Australian is also a young player with plenty of strings to his bow—variety, touch, speed, and accuracy. And to prove his credentials, de Minaur has picked up three titles this year, most recently in Zhuhai.

This will be their first meeting and, if the biased Basel faithful have anything to do with it, Federer will be favourite to win his 10th home title. And if he does, it will be against a player who was just one year old when the Swiss reached his first Basel final.