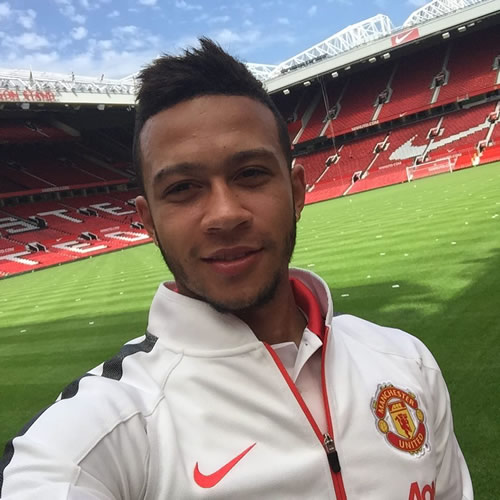 Bastian Schweinsteiger has heaped praise on Memphis Depay after the duo both made their Manchester United debuts last week.

The pair were both given their first official run-outs in Manchester United shirts on Friday as the Red Devils beat Club America 1-0 in the first game of their pre-season tour.

And Schweinsteiger has been very impressed by what he has seen of the Netherlands international, who joined the club from PSV Eindhoven earlier in the summer.

The midfielder is quoted as saying by Goal: “Memphis is an unbelievable talent and he has so much quality and I am sure we will have a lot of fun with him on the pitch.”

Schweinsteiger went on to praise fellow new signing Morgan Schneiderlin, who arrived at the club from Southampton this month and netted the winner on Friday.

He continued: “I think Schneiderlin was very good and he is a very good player. If you see the goal, he did it well with no foul and a nice header.

“I think he is a really good player and, also, for me, what is more important, is that he is a good boy.”