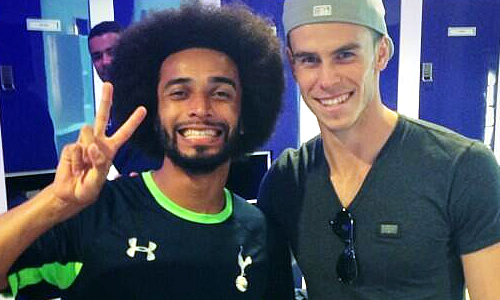 Here is a selection of our favourite tweets from the professionals, past and present, in chronological order to an exciting night of European action.

Former Wales striker John Hartson (‏@JohnHartson10) hails Swansea’s effort: “Waw the Jack army will be in good spirits tonight,, what a performance and result from the Swans..”

QPR defender Benoit Assou-Ekotto ‏(@AssouEkotto) is sitting down to watch his parent club: “Come on you Spurs lol”

Tottenham legend Gary Lineker (‏@GaryLineker) hopes his former club’s summer business will pay off: “Good to see that AVB has sufficient depth in his squad this season to rotate in the Europa League. Cost them a CL spot last season.”

Crystal Palace defender Peter Ramage ‏(@peterramage83) is impressed by Swansea’s result: “What a performance and result for Swansea!”

Ex-Newcastle United goalkeeper Shaka Hislop (‏@ShakaHislop) isn’t impressed with the standard of goalkeeping: “Quite a few goalkeeping errors across the Europa League today…bet the rest of the ESPN FC crew are gladly waiting to hammer me for it.”

Swansea defender Angel Rangel (‏@arangelz) is thrilled to win in his native Spain: “It was a very proud moment today. What a performance by the whole team. I also realised more than ever we have amazing fans.”

Finally, Wigan defender Emmerson Boyce ‏(@EmmersonBoyce) enjoyed the Europa League experience – reminding all of us of its value: “What a great experience playing European football. Thanks to the travelling fans that made the trip. Could hear you all game.”