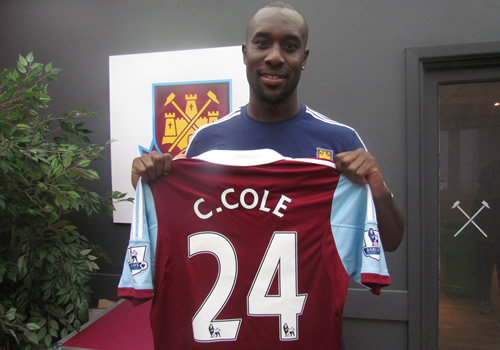 Victor Anichebe scored a 87th-minute equaliser as West Bromwich Albion secured a 1-1 draw with Chelsea at the Hawthorns.

There was plenty of Twitter reaction to a night of late drama in the Premier League, and here is a selection of our favourite posts from the professionals, past and present, in chronological order.

Sky Sports News presenter Hayley McQueen ‏(@HayleyMcQueen ) can’t believe it is goalless across the Premier League… still: “Flippin’ heck, it’s still goalless in all 4 games in the #premierleague who do we think will break the deadlock?”

Former Norwich City star Iwan Roberts ‏(@iwanwroberts ) feels the Canaries should be leading: “Cardiff have been better side by far in that first half so unlucky not to go in winning the game.”

England legend Gary Lineker ‏(@GaryLineker) is desperate for a goal. Well he is a former striker after all: “Any chance of a goal? Any old goal? Anywhere?”

Ex-Norwich striker Darren Huckerby ‏(@hucks6dh6 ) reckons the Canaries could pay for their wastefulness: “Great half from #Ncfc 3 great chances but need to take one, #whufc were direct but never created anything clear cut #Hooooooof”

Former Wigan Athletic midfielder Jimmy Bullard ‏(@JimmyBullard ) has a few alternatives to highlights for the Match of the Day host: “@GaryLineker Gary you’re gonna have to get @peterkay_co_uk in to liven up Match of the Day at this rate pal!”

Ex-Chelsea midfielder Jody Morris ‏(@morriskid ) is celebrating because Chelsea have made the breakthrough: “Get in!!”

Darren Eadie ‏(@eadie11) questions Chris Hughton’s substitutions: “Take off Hooper and Redmond asking for trouble. Only one winner until then IMO #ncfc”

Olympian and Aston Villa fan Katharine Merry ‏(@KatharineMerry ) is left aghast as David Marshall’s world-class save denies Andreas Weimann: “What a save for Cardiff…..nooooooooooooo! #avfc”

Southampton centre-half Dejan Lovren ‏(@DejanLovren05) is happy with job done: “Yessss that was a great job . Well done all together now get back home with the 3 points :) #3points #saintsfc #dontjokewithus”

West Ham striker Carlton Cole ‏(@CarltonCole1 ) is thrilled with three crucial points: “Brilliant stuff. Get in there my son […] James Collins and Mo Diame notched but for me @AdriSanMiguel was out main man tonight! #topkeeper with a bright future at the Hammers”

Saints left-back Luke Shaw ‏(@LukeShaw3) is happy with a shutout: “What a great win tonight! Another clean sheet ! And thank you to the fans who made the trip up tonight! You Was unbelievable once again!”

Villa midfielder Andreas Weimann ‏(@andiweimann) is still left stunned by Marshall’s save: “We’ll take the point but could and should have won the game !! What a save at the end!! #onwardsandupwards”

Aston Villa right-back Ryan Bertrand (@ryanbertrand3) felts the visitors deserved three points: “Good second half performance and we should have won. What a save from Marshall! Fans were brilliant once again. Time for my ribs to recover #AVFC”